Nigeria: The Descent To A Barbarian State

By Ikechukwu Obi   I have tried to gather information on events in Oyigbo (Obigbo), Rivers state in the last 5-6 days. I have... 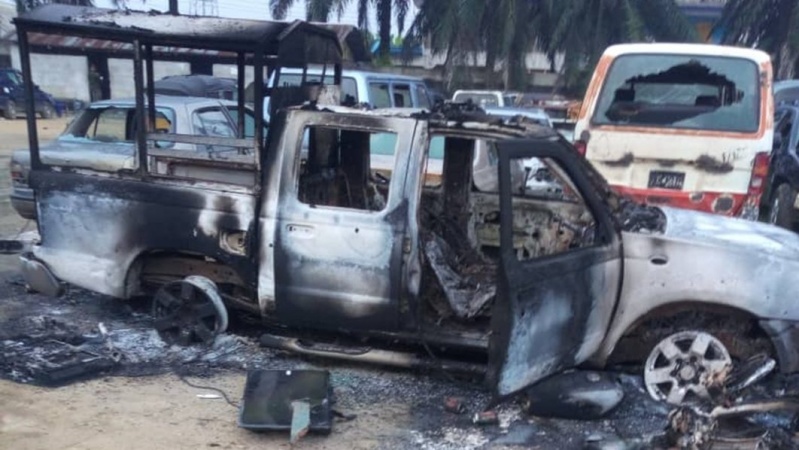 I have tried to gather information on events in Oyigbo (Obigbo), Rivers state in the last 5-6 days. I have read, seen videos and pictures and made phone calls (it’s difficult for an Igbo person not to have family in Port Harcourt).

From all i’ve gathered, there is a clear case of ethnic cleansing and crimes against humanity and the Nigeria Army is to be held responsible. Following the breakdown of law and order and the kimljng of about 6 soldiers and 4 Policemen, the state govt declared a 24hr curfew. Under its cover, soldiers entered the town and simply started killing and brutalizing residents at random. Houses were broken into and youngmen dragged out and shot. Many were killed in their homes. In one video, three dead bodies lay on the street, a few meters apart, apparently shot in the head.

I do not want to be drawn into the whys and wherefores but suffice it to say that it is NOT those who were killed in the last few days that are responsible for the killing of the soldiers and policemen earlier. It is the killers of those security agents who should be fished out and held to account. Entering a town and executing citizens at random is not just crazy and incredible, it is a crime that MUST be accounted for someday.

Therefore, for each life lost, this Federal Government under whose control the Nigeria Army falls, is fully and squarely responsible. For the wanton bloodshed, the C-in-C and Gov. Nyesom Wike, in various degrees, are responsible. The blood of those innocents, a number yet to be ascertained for its sheer mindless scale, lie heavy upon the heads of those two public officials and will be accounted for some day.

My heartfelt sympathies goes out to all the victims of a barbarian state in Oyigbo. You chose a wrong country to be born.

Let me just sound this warning for the future – where citizens can get no justice from those supposed to protect them, the result is the type of anarchy where families will invest in an AK-47 rifle for their own protection; streets and neighbourhoods will invest in a machine gun; and communities will pool money to buy armoured tanks and heavy ordnance for their survival. Yes, that will be Hobbes in full technicolour. We saw a glimpse of it last week. It is a maelstrom which will explode one day.

With this level of careless bloodshed and absence of justice, that day fast approacheth.