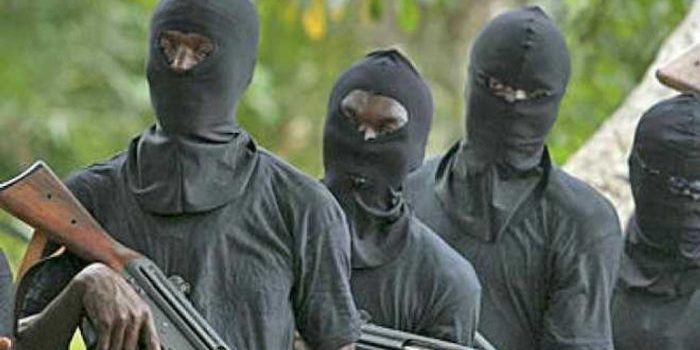 Armed men who kidnapped some Nigerian French Language students of Ahmadu Bello University, Zaria, along the Kaduna-Abuja highway on Sunday, have demanded a cumulative... 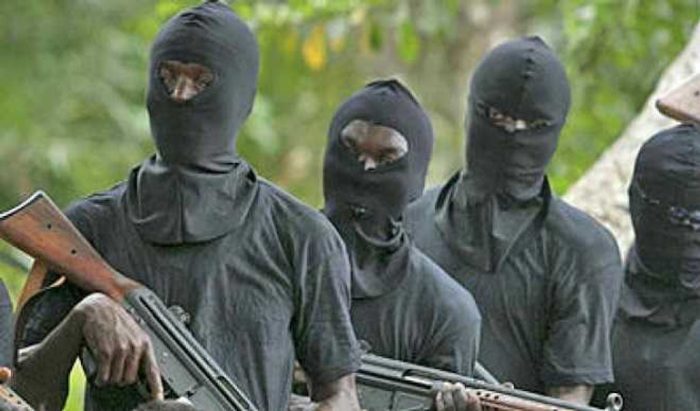 Armed men who kidnapped some Nigerian French Language students of Ahmadu Bello University, Zaria, along the Kaduna-Abuja highway on Sunday, have demanded a cumulative sum of N270 million as their ransom.

One of the students among those in the bus but succeeded in escaping, Dickson Oko, told our correspondent that the kidnappers had reached out to the families of the kidnapped students, demanding N30 million ransom on each.

Oko, who sustained a gunshot wound during the attack, said he was recuperating but was devastated by the thought of his colleagues in captivity.

He said that despite the gunshot wound, he was among those that ran out of the bus, leaving his phone and other belongings.

He, however, said when he returned to the bus after the attack, his phones and those of others were no longer there.

Oko and the bus driver, Nuruddeen Mohammed said that 12 of them were in the bus but nine students were kidnapped.

Also, a female relative of one of the kidnapped students told the Voice of America (VOA) Hausa Service monitored in Kaduna that the kidnappers have reached out to the family demanding for N30 million per student.

She pleaded with the kidnappers to have mercy and release the victims, saying they were only students.

The driver narrated  how he and three other students escaped the grip of the bandits in the Kaduna-Abuja highway kidnap incident.

The students who were on their way to the French Village in Lagos for their language immersion programme were trapped at the Akilubu-Gidan Busa axis on the highway when gunmen blocked both lanes of the road and opened fire on motorists.

Meanwhile, the university has confirmed that eight people were kidnapped. But Mohammed, the driver, said he had 12 students in the bus – 10 females and two males.

He succeeded in evading the kidnappers and returned to Kaduna with three students while the whereabouts of the remaining nine was unknown.

Mohammed, a commercial driver stationed at Mando Park in Kawo, Kaduna, told our correspondents that they were trapped sometime around 3:10 pm at Busa, a few kilometres after Akilubu.

“Immediately they came on the road, the armed men opened fire. They shot two of the students in the bus and we noticed that they had erected a roadblock behind us and another in front. There was another roadblock mounted on the other lane. So the only thing I could do was to stop.”

He said with gunshots directed at their bus and other vehicles ahead of them, he suggested to the students to brace up and run, adding, “I opened the door and crawled into the grass. The gunshots were everywhere; the person on the passenger’s seat in front also came down even though he was shot. I crossed onto the other lane. I never knew I would survive because there were gunshots directed at me.”

He said he saw the gunmen open fire at a Gulf car with people in it. He said the attack, which scared him, aided his decision to run.

“I can’t say how many people were killed but what scared me was how they opened fire at the Gulf car even though it had stopped and there were people in it. But the bandits opened fire and kept shooting. That was when I decided that it was better they killed me while on the run than face a gruesome fate in the vehicle,” he added.

Mohammed, however, explained that when he returned to the roadside, soldiers had arrived and engaged the bandits in a shootout, adding that he went to Katari Police Station to make a statement as soon as the situation calmed down.

“While making the statement, one of my passengers, she had a baby, came and said that she couldn’t believe that I survived because they all thought I had been hit by bullets.

“She was trembling and told the police that when the soldiers came, the bandits formed two groups; one went with several kidnapped victims into the bush, while the other bandits stayed back to engage the security agents in an attempt to distract them.”

According to Mohammed, two other students had been found, including the student on the passenger’s seat who sustained a gunshot wound, adding that “the woman confirmed that the bandits left with nine of the students while we took the three who escaped to the hospital and I came back to Kaduna with them on Monday.”

The Minister of Police Affairs, Muhammad Dingyadi, said yesterday that bandits have been degraded in the country.

He was responding to the concern raised by a security analyst and Daily Trust columnist, Barrister Bulama Bukarti, over the activities of the bandits in the northwestern part of the country.

Dingyadi, while briefing reporters after the quarterly meeting of the National Security Council (NSC) held at the Presidential Villa in Abuja, said bandits had been subdued and that they would not recover.

Bukarti had featured in a live Instagram programme hosted by Daily Trust on Monday where he expressed fears that the bandits may become too powerful to be reined in if care was not taken.

“You see, these bandits have already been degraded. So, there is no way they can resuscitate themselves and take over. I think they have already been degraded, what they are doing is just hit and run kind of tactics. So, we don’t see any sign of them coming to takeover or overpower, I think they have been well degraded and they are just trying to show their presence in a very cowardly manner,” he said.

The minister, while reacting to the concerns that police had abandoned the Abuja-Kaduna road and the plans to ensure peace returned to the route, said it was an overstatement to insinuate that the highway had been deserted by security agents.

He said the reported cases of attacks along the route should not be interpreted that bandits had taken over despite the 24-hour patrol being jointly done by the police and the military.

You see, once a small thing happens in a particular place like this Kaduna, we begin to talk about lack of security in that area. That place is being monitored 24 hours. There are police and the army who are on a kind of joint patrol on 24 hours basis.

“We also have our separate police formation that is also on that road. I think it is an overstatement to say that that place is not being secured. People are still following it.

“We agree that there have been cases of attacks but these are normal things these people do whenever they have an opportunity and we are equal to the task.

“Whenever this kind of thing happens, we pursue them like what happened just two days ago; those people were rescued. So, police and security personnel will continue to monitor this road and all other places to ensure that peace is to a very large extent maintained in the area,” he stated.