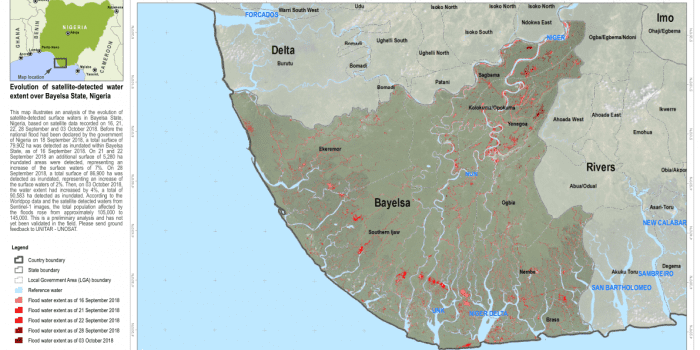 Nigerian Agip Oil Company (NAOC) on Thursday said the Nov. 20 explosion at its oil field in Bayelsa would adversely impact crude export to...

Nigerian Agip Oil Company (NAOC) on Thursday said the Nov. 20 explosion at its oil field in Bayelsa would adversely impact crude export to the tune of 30,000 barrels daily.

The incident so far puts the cumulative production shut in at 180,000 at the field pending when the breached pipelines are fixed.

The management of Eni, parent company of NAOC in an email statement to NAN by a spokesperson stated that the oil firm had declared ‘Force Majeure’ on oil exports from its Brass Oil Export Terminal.

Force Majeure is a legal clause inserted in contracts to absolve a company from liabilities arising from factors beyond its control.

According to Eni, preliminary checks at the facility indicate that the vandals used explosives in the attack which blew up two vital pipelines leading to shutdown of oil production from the field.

“We confirm two sabotage events by means of explosive devices, which damaged two pipelines in the swamp area in the night between Friday 20th and Saturday 21st.

“Production was stopped immediately after the event, consequently the emergency response team has been mobilized and able to contain the spill with booms few hours later.

“Full production resumption is estimated in one week time.

“Impact on production is estimated at 30,000 barrel of oil equivalent daily (boed) of which Eni’s share amounts approximately to 6,000 boed.

“Force majeure was declared on Brass terminal to notify contractually the export tankers about the delays in the lifting schedule of about one week on the original plan.

“Regulatory agencies and Government security agencies have been notified and are investigating,” Eni stated..

Meanwhile the Nigerian Security and Civil Defense Corps (NSCDC) said its preliminary findings indicate that the attack was carried out by vandals.

Mrs Christiana Abiaka-Omanu, State Commandant of NSCDC in Bayelsa said that investigation into the incident was already underway.

She said the findings would form part of the statutory Joint Investigative Visit (JIV) which would include representatives of the oil firms,communities, regulators and officials of Bayelsa Ministry of Environment.