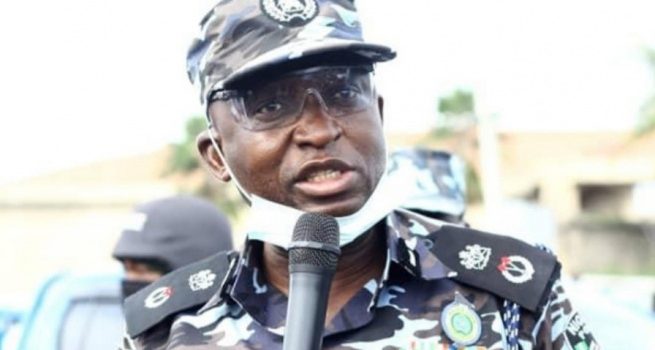 We Received Intelligence On Plan To Attack Lagos Churches And Mosques, Says CP

Lagos State Commissioner of Police (CP), Hakeem Odumosu, has confirmed the command received intelligence on plans by criminals to attack churches and mosques. He... 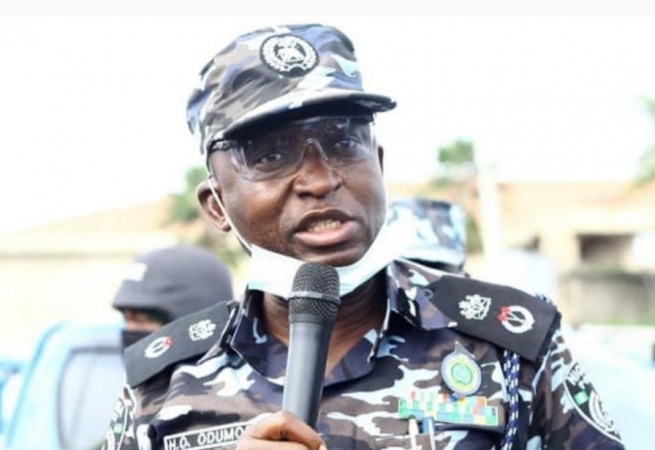 Lagos State Commissioner of Police (CP), Hakeem Odumosu, has confirmed the command received intelligence on plans by criminals to attack churches and mosques.

He said the Intelligence came from Abuja, adding that the police and relevant security agencies were already taking steps to ensure no such thing happened anywhere in the state.

Odumosu disclosed this while responding to questions on the security alert released by the Department of State Services (DSS) on Tuesday night which warning the public about plans by terrorists to unleash violent attacks on key and vulnerable points during this festive season.

In the statement signed by DSS spokesman, Peter Afunanya, the secret service said the criminals intended to unleash terror through the use of explosives, suicide bombing and other dangerous weapons.

“The objective is to create a general sense of fear among the people and subsequently undermine the government. Against this backdrop, citizens are called upon to be extra vigilant and report strange movements and indeed, all suspicions around them to security and law enforcement agencies.

“On its part, the service is collaborating with other sister agencies to ensure that adequate measures are put in place for protection of lives and property.

“To further achieve this purpose, the service has provided these emergency response numbers *08132222105* and *09030002189* for urgent contacts. It is also using this opportunity to unveil its interactive website *www.dss.gov.ng* for public communication support.

Reacting to the statement, Odumosu told reporters that the police have already identified vulnerable areas and made adequate deployment to forestall any issue.

“The intelligence report came out and specifically said that churches and mosques are targets of the attacks. We are working on that, everyone should be rest assured that there is adequate security and they go about their lawful businesses without fear,” he said.

On efforts to ensure compliance with COVID-19 protocols, Odumosu reiterated that all recreational centres remained closed, adding that the command had held meetings with various clubs and social groups to suspend all end of year activities.

He warned that police would not hesitate to storm a wedding or social gathering and arrest people for flouting COVID-19 directives.

Odumosu also disclosed that the command arrested 18 suspects at Romeo and Juliet Night Club in Ejigbo for disobeying government order.

“If it is not compulsory to go out, please remain at your house moreover gatherings of whatever kind has been banned. Parents should entertain their children at home. Beaches and all recreational facilities have been closed. We must all do what we can to prevent further spread of COVID-19.”

Among those arrested were Samuel Jombo, 46, Chibuke Agbo, 40, Tony Azubike, 38, Loveth Nwankwo, 32, said to have been drinking and clubbing around 11:30pm on December 22, despite the immediate ban on club houses placed by government at the weekend.