Post-mayhem, We Must Defend The Truth

Friends, We all may have thought that 2021 would be a more sane year after what we have been through in 2020. What happened...

We all may have thought that 2021 would be a more sane year after what we have been through in 2020. What happened Wednesday in Washington, D.C., made it clear that it isn’t. Throughout the past four years, many of us have worried when political leaders don’t honor truth (no less the U.S. Constitution). And now, we see the havoc that can happen when they don’t.

For me, this is the key lesson: We need to defend the truth. We need to communicate it better. If political leaders claim that elections were rigged, not on the basis of fact, but because they don’t like losing, they still influence their disaffected supporters who believe the lies. As Republican Senator Mitt Romney so eloquently put it: “The best way we can show respect for the voters who are upset is by telling them the truth.” 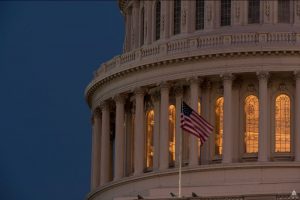 Credit: Architect of the Capitol

Journalism has a fundamental role to play in ensuring that the electorate understands deception and lies and disinformation. Yesterday shows that key swaths of the U.S. population no longer rely on legitimate journalistic sources for their information. It is urgent that those of us who believe in truth-telling—indeed, in democracy itself—support, defend and amplify the work of journalists in the U.S. and abroad, so that angry and ill-informed mobs don’t defile our Congress, or any parliament anywhere.

Empowering the truth tellers is so important this year. We need to ensure that journalists have the tools, training and resources to effectively communicate what’s really happening, and organizations like ICFJ can help them. Otherwise, reporters risk inadvertently purveying fictitious versions of reality spread by demagogues in elected office.

And while this may seem like exclusively a U.S. story, we know that the world is watching. Despots in countries without the safeguards we have in the United States have used the demagoguery they see here to justify their own. Through our work across the world, we have been humbled by journalists who have dealt with even worse assaults than what we saw yesterday. They have much to teach us.

I feel motivated—and not depressed—about the future. We can shape it, and I believe we will make it better by empowering people with trustworthy news.