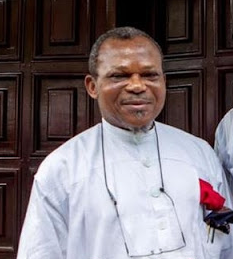 The respected elder statesman died earlier this morning, Wednesday, January 13, 2021 in a Lagos hospital after a brief illness. He has lived in Lagos and been very active in social causes since retiring from active military service.

Kanu, who celebrated his 78th birthday last November, was Military Governor of old Imo State in 1975 and of Lagos State in 1976.

He also made news in 1975 when he broke the glass ceiling as the only Igbo appointed into the then ruling Supreme Military Council before General Olusegun Obasanjo dissolved it when he assumed office as Head of State in 1976.

A Biafra war veteran, Kanu was reabsorbed into the Nigerian military at the end of the war in 1970. He built a new reputation as a dogged human rights and pro-democracy activist upon his retirement from the military.

A founding and staunch member of the National Democratic Coalition (NADECO) which spearheaded the struggle for the actualisation of the late Moshood Abiola’s annulled June 12, 1993 presidential election mandate, Kanu was among those who signed an ultimatum for the General Sani Abacha regime to revalidate Abiola’s mandate and hand over power to him.

He was the chairman of NADECO’s Action Committee, which organised and participated in protest marches and public sensitisation activities.

Kanu was years ago immortalised by the Lagos State Government as evidenced by the Ndubuisi Kanu Park located near the state seat of power at Alausa, Ikeja.

News of his death has elicited widespread mourning and a rain of tributes.