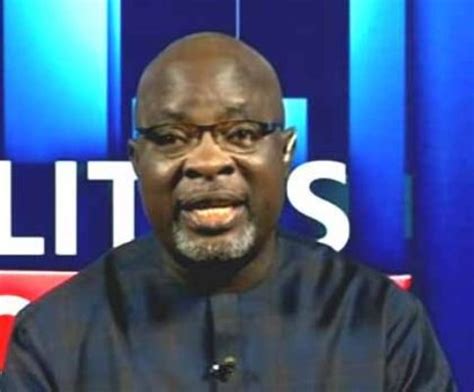 APC Cannot But Leave In 2023, PDP Replies APC Over Ruling Party’s Boast To Rule For Another 26 Years

The Peoples Democratic Party (PDP) has described as “spiteful bragging and hallucination”, the All Progressives Congress (APC) boast to remain in power for the...

The Peoples Democratic Party (PDP) has described as “spiteful bragging and hallucination”, the All Progressives Congress (APC) boast to remain in power for the next 26 years.

The PDP position which was contained in a statement on Tuesday evening, dismissed APC aspiration as “the spiteful bragging and hallucination by the All Progressives Congress (APC) to remain in its misrule for the next 26 years, as a direct confrontation to the generality of Nigerians, who had already reached a national consensus to kick them out of office, come 2023.”

The PDP also described APC’s claim of registering 36 million Nigerians “in their failed fictitious registration exercise as another political hoax and empty claim, which cannot sway Nigerians in any way.”

The party said in a statement signed by its National Publicity Secretary Kola Ologbondiyan: “The PDP is aware that the APC National Caretaker Committee Chairman, Governor Mai Mala Buni, made such a garrulous statement in the belief that APC’s intimidation of the Independent National Electoral Commission (INEC), the judiciary and security agencies as well as deployment of thugs from neighboring countries, will help them to subvert the will of Nigerians in future elections.

“In Buni’s whims and thoughtlessness, Nigerians should make themselves ready for another 26 years of anguish, pains, hunger and starvation, insecurity and limitless suffering. This is the height of recklessness, insensitivity and affront to the sensibilities of Nigerians.

“The PDP counsels the fizzling APC to end its pipe dreams and arrogant boasting and wake up to the reality that its tenure in office as well as its life as a political party will meet an inevitable end in 2023.

“Governor Buni and his co-travelers in the illegal APC National Caretaker Committee must note that Nigeria is not their personal estate or the vassal of any group of power mongers.

“The APC ought to know that Nigerians have never been and will never be suppressed or conquered by any political interest. In fact, Nigerians are now, more than ever before, ready, willing and prepared to resists the APC in its plots to use manipulations to perpetuate itself in power.

“It is incontrovertible that if our nation goes into a midterm election, the APC will not get up to 20 percent of the votes cast. They should therefore stop addressing Nigerians like a conquered people with no voice, will and aspirations.”

PDP asserted that “Nigerians are already set to deal the APC a death blow at the polls in 2023, as they have since reached a definite conclusion that there is no way our nation can survive if the APC is allowed to remain in power beyond 2023.”

It counselled APC “to know that its Contact and Strategy Committee is of no moment as Nigerians have suffered under its rule and cannot afford to allow it to be in power a day beyond May 29, 2023.”