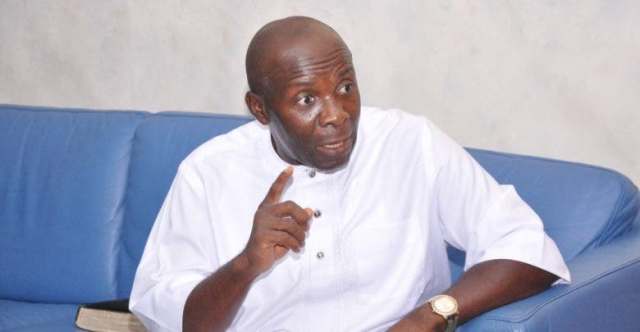 The All Progressives Congress (APC) Caretaker/Extraordinary Convention Planning Committee, has charged Nigerians and critics to allow the Central Bank of Nigeria (CBN) to effectively...

The All Progressives Congress (APC) Caretaker/Extraordinary Convention Planning Committee, has charged Nigerians and critics to allow the Central Bank of Nigeria (CBN) to effectively and effectively perform its statutory mandate.

Reacting to the burning issue of the apex bank printing currency for disbursement to the State governments, the ruling party in a statement signed by the National Secretary, APC Caretaker Committee, Sen. John James Akpanudoedehe, APC declared: “Central banks all over the world print money.

“During the financial crisis of 2008-09, the Reserve Bank of the US printed dollars to bail out companies that were too big to fail. There is nothing wrong in printing money provided it is well managed.

“There is no evidence that the CBN is inefficient in managing the monetary aspect of the Nigerian economy. Let us not forget that the CBN is banker to government and has exercised such function effeciently and effectively.

“The development function of the CBN has resulted in various intervention funds in several sectors of the economy. The APC inherited an economy which showed signs of a recession from 2012.

“The economy left by the Peoples Democratic Party (PDP) had no forex to run the system. The looting of our commonwealth was unprecedented in history. Productivity was declining.

“The APC government implemented aggressive fiscal and monetary polices which resulted in the country’s economy exiting recession in 2016. The economy was back on the path of positive growth trajectory. Then came the global health pandemic and sharp decline in oil prices throwing the economy into another recession.

“The quick intervention of the APC government through the Economic Sustainability Plan fast-tracked the recovery from recession to the shock and surprise of the Intenational Monentary Fund (IMF), World Bank and other stakeholders.

“Whether the CBN prints money or not is not an issue. The Apex Bank should be allowed to perform its mandate. The CBN has several ways of creating ‘new’ money. The evidence to suggests that money supply in the economy is at the appropriate level.

“The PDP needs  understand how money is created as well as provide evidence showing the composition of M1, M2 and M3 in the Nigerian economy.

“The utterances of the PDP would create problems for the econmy. What PDP should do is join hands with the APC to clear the mess they left behind. To destroy is very easy but to build is a task the APC is committed to.”