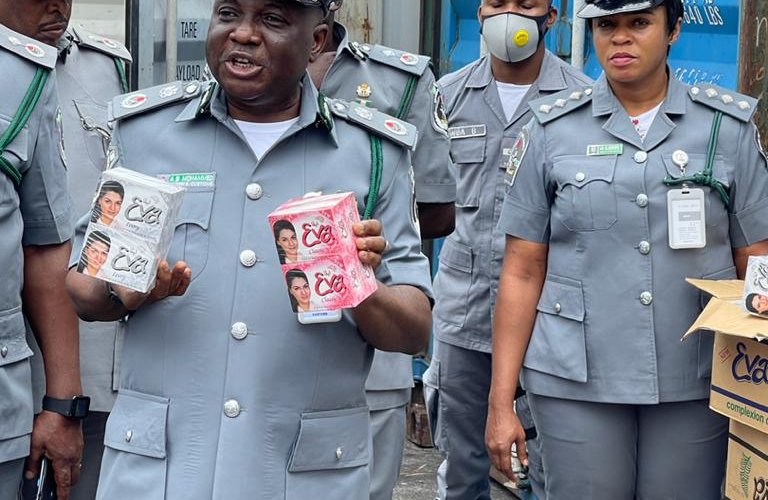 Customs Area Controller (CAC) for Area ll Command, Onne Port, Comptroller Auwal Mohammed has urged officers and men in the area to be unrelenting and uncompromising in collection of revenue and implementation of government directives as they pertain to trade 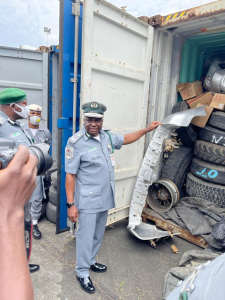 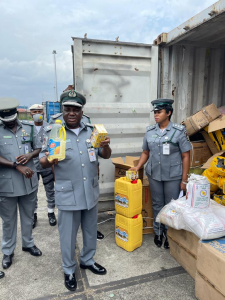 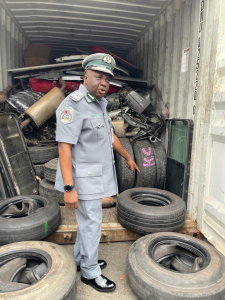 Mohammed said this recently when he released figures showing a total of N38,877,314,286.12 as revenue collected  for the Federal Government for first quarter of 2021 by his command.

A month by month breakdown of the seizures indicates that 4 seizures were made in January which includes 3 containers and 2 suspects with duty paid value of N85,987,936.05 .

On export, the command processed 207,749.614 metric tonnes of cargoes with free on board value of $70,838,025.68 comprising of cashew nuts, ginger, hibiscus flower, sesame seeds, zircon sand, palm kernel, tiger nuts and many more.

Mohammed, under whose watch the Command has recorded it’s highest monthly revenue collection of N13 billion in the 38 year-old history of the command also urged officers to avoid being complacent and keep doing more to improve on national economy, security and trade facilitation.

Mohammed said: “We are doing well but I believe there are rooms for improvement in revenue collection, anti smuggling, trade facilitation and robust stakeholders’ engagements.

“Every likely or identified area of government revenue leakages should be blocked for us to sustain the tempo of maximum collections. We owe Nigeria a duty to make smuggling of prohibited items impossible through this command.

“Our ability to detect attempts at duty evasion and issuing demand notices to collect complete revenue from importers and their agents will be improved upon relying on technology and hands-on experience.

“While we await the deployment of scanners to aid our job, the due diligence employed in physical examinations to achieve outstanding results will be sustained and improved upon

“I hereby urge importers, exporters, licensed customs agents and freight forwarders interfacing with customs in Onne Port to see compliance as a key to unlock the many benefits derivable from their trade, investments and professions, the CAC said.