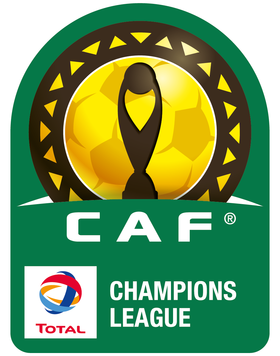 Enyimba International Football Club of Aba on Wednesday night finished top of Group A at the end of the CAF Confederation Cup Matchday Six...

Enyimba International Football Club of Aba on Wednesday night finished top of Group A at the end of the CAF Confederation Cup Matchday Six fixtures and qualified for the quarter-finals in dramatic fashion on Thursday in Aba.
Cyril Olisema scored deep into stoppage time for Enyimba to book a place in the quarter-finals of the CAF Confederation after a hard-fought 1-0 win over South Africa’s Orlando Pirates.
Olisema bundled the ball home in the 95th minute after he was set up by substitute Tosin Omoyele for the Peoples Elephant.

A confident start from the Soweto giants followed through a powerful first-time shot from outside the area by Vincent Pule, but goalkeeper John Barinyima got across to beat away in the third minute.

Pule was involved again in the Buccaneers’ next threat to goal 12 minutes gone when he drilled a free-kick off the top of the crossbar after a foul on Fortune Makaringe.

It was at this particular point that Enyimba started opening up following the next eight minutes as goalkeeper Wayne Sandilands parried a smart cross-cum shot.

Enyimba started to pull numbers back and provided Sandilands with more work from a spell of two promising attempts from point-blank range.
The Buccaneers still maintained the lively spark from the earlier exchanges, as Pule managed to see a lot of the ball and his runs on and off the ball proved troublesome for the hosts.
Pirates suddenly began to find life difficult closer to the last 30 minutes as the Peoples Elephant bombarded the opposing goal but Sandilands was equal to every threat.
With the tempo of play evened and the host still on the ascendancy, the Buccaneers closed shop ten minutes from time with Siphesihle Ndlovu sacrificed for Wayde Jooste.
Enyimba had the ball in the net in additional time through Kadri Timileyin from a long ball, but it was disallowed for offside much to the home side’s disappointment.
However, the home side were rewarded in the dying seconds when Olisema finished off a cutback from close-range to ensure Enyimba finished top of Group A with nine points from six games.
Orlando Pirates are also through to the quarter-finals having finished in second position while Algeria’s Entente Setif also defeated Al Ahli Benghazi of Libya 1-0 in the group’s other fixture.
The Algerians however settled for third position in spite of recording their second win in the group.
2020/2021 CAF CONFEDERATION CUP GROUP A TABLE AFTER MATCHDAY 6