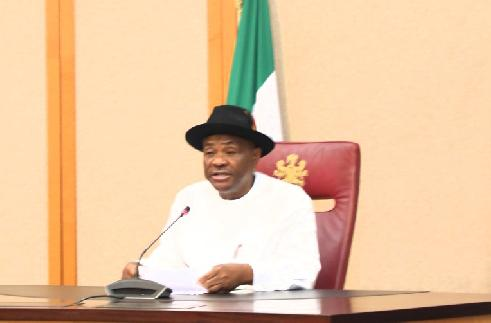 …Relaxes curfew in Obio-Akpor, Port Harcourt, International AiportGovernor of Rivers State, Nyesom Ezenwo Wike, says some of the gunmen responsible for the premeditated ambushes and murders of security personnel in the State have been apprehended and will face the full wrath of the law.The governor has also announced the relaxation of the curfew in Obio-Akpor and Port Harcourt Local Government Areas as well as Port Harcourt International Airport from 8:30pm to 6am beginning  from Sunday.Governor Wike in a state broadcast said measures the state government have undertaken so far to check the recent intermittent breaks to the State’s security by the predetermined attacks on security checkpoints and the resultant killing of some security personnel have yielded positive result.“Thank heavens, those responsible for the premeditated ambushes and murders of security personnel in the State have been apprehended and are now facing the bitter venom of our laws as none that is proven to be criminally liable will escape the fury and crushing impact of justice.“We wish to reassure every citizen and resident that we are able, willing and ready to act directly and decisively, and at any time, with the full weight of our government to forestall every security threat to our State from any person, group or quarters.”He explained that after yet another review of the prevailing security situation and in particular, the effect of the curfew on citizens, the State Security Council has decided to relax the curfew time a little for Obio/Akpor and Port Harcourt Local Government Areas as well as the Port Harcourt International Airport.“Consequently, the current night time curfew in Port Harcourt and Obio/Akpor Local Government Areas will now be effective from 8.30 p.m. to 6.00 a.m. from Sunday 16th May 2021, while the starting and closing time-frame of 7.00 p.m. to 6.00 a.m. still continues to apply to the prevailing curfew in the rest of the 21 Local Government Areas of the State until further notice.“The nation’s security agencies are on ground to strictly enforce the State-wide curfew as reviewed and arrest and prosecute any intransigent person or group that may fail to comply. Our State; our heritage is no one else’s property to assault and destroy at will. It goes without saying therefore, that every citizen and resident bears some level of responsibility to protect it from the injurious hegemonic tendencies of strangers and ensure the peace, safety and security of everyone.”The governor appealed to residents of the State not to hesitate to pass on every valuable nugget of information about those behind recent attacks, particularly, their conclaves, plots and potential assaults on security agents to the attention of the law enforcement agencies for appropriate counter actions.“We can assure you that with such vital and credible intelligence gathering and information sharing with the Government and the security agencies we have the capacity, will and the strength to overwhelm and completely rout these faceless terrorists and neutralize their threat to our God-given rights to live in peace and go about with our daily lives without any cause to fear about our safety and security in any part of our own land.”Governor Wike appreciated residents of the State  their steadfastness in the midst of the socio-economic discomforts dislocations and troubles caused by the proactive actions taken by the State government  to safeguard the State from  faceless terrorists.He assured the residents that government will continue to work day and night  to keep everyone of  safe and secure.