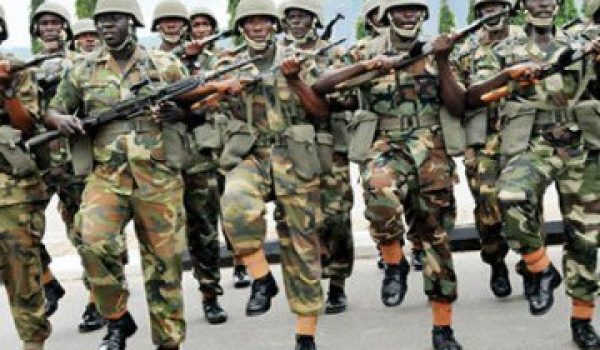 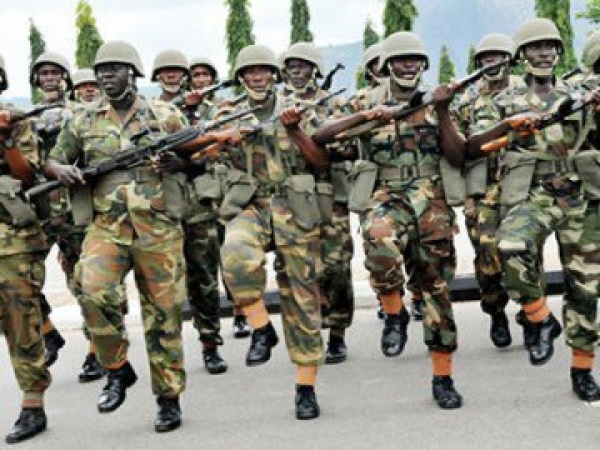 No fewer than 40 Rights CSOs and Intelligentsias (groups of intellectuals/highly educated persons) from Eastern Nigeria, operating in the Region and overseas have successfully been appealed to and mobilized to beam their advocacy and intellectual searchlights on the continued hateful and unlawfully murderous operations by the country’s Muslim dominated and controlled security forces especially the Nigerian Army. The 40 Rights CSOs and Intelligentsia’s advocacy activities including their searchlights will focus more on Imo, Abia, Rivers, Akwa Ibom, Cross River and Ebonyi States as well as Anambra, Enugu and Delta States. Apart from safety, security and liberties of the indigenous Christians in the above named States, safety of public and private properties including employment generating assets and investments will also be monitored for protection. The planned joint advocacy activities have also been designed to have local and international contents including documentation and careful study and evaluation of international criminal and civil justice and diplomatic remedies and safeguards for purpose of blackening the perpetrators internationally and bringing them to criminal and civil justice including making them pay for all the atrocities perpetrated under the color and seal of the “Nigerian security forces”. The 40 mobilized Rights CSOs and Intelligentsias shall be speaking out very soon.

There are most likely remotely planned state actor jihadist attacks looming in Eastern Nigeria, targeting unarmed Christian citizens of the Southeast and South-south and their properties including sacred centers of worship and learning as well as other employment generating assets and investments. Like the combined state actor and non state actor attacks on Numan (in Adamawa State) Christians on Dec 4, 2017 during 50 Christians and another 30 were simultaneously killed by combined forces of Nigerian Government and the jihadist Fulani Herdsmen; the looming jihadist attacks may most likely involve combined forces of state actor Muslim dominated and controlled security forces and non state actor but Government backed Jihadist Fulani Herdsmen. These have also been the case in Benue, Plateau, Southern Kaduna, etc. The Nigeria’s Muslim led security forces part of the attacks is most likely chronicled under the guise of “special military operations aimed at crushing secessionist/Biafra separatists and their gunmen in the Southeast and the South-south”.

It must be remembered that the Old Eastern and Mid Western Nigeria now called Southeast and South-south; Nigeria’s strongest and largest Christian regions; have been under military and policing siege since the present Muslim dominated and controlled central Government came on board in 2015. Without any evidence of armed resistance in two regions, the Nigerian Government declared war on the two Regions and deployed the highest form of state instruments of coercion against the two regions, their peoples and properties. The Nigerian Government, clearly acting hatefully, further launched series of murderous military operations using its Muslim dominated and controlled troops who rapaciously usurped and undermined the activities of the Nigeria Police Force and relied on criminally insignificant infractions and civil irrelevancies such as traffic offenses, picketing, street protests, inter personal quarrelling, business transactions and road blockades to kill, maim, torture, abduct and disappear unarmed and defenseless citizens of the two regions at will. The Nigerian Government also remotely used its Muslim dominated and controlled security forces especially the Army in aiding the invasion and permanent settlements by jihadist Fulani Herdsmen in the farmlands, bushes and forests located in the two regions; thereby importing and escalating jihadist armed resistance entities across the two regions.

The present Nigerian security forces are Islamic and jihad enablers. This is to the extent that they are deliberately and heavily Muslim dominated and controlled, despite the fact that the country is divided and structured pluralistically; ethnically and religiously, to the point of roughly 50-50 Christian-Muslim lines or population. Going by our checks concerning the recent postings by Army, Navy, Air Force, Police and Paramilitaries, at least 80% of same are in Muslim hands. At the country’s top security, defense and policing positions and their oversight bodies, it is 90% Muslim controlled and at regional level, out of seven key Army commanders in the Southeast, six are Muslims including five Fulani-Hausa Muslims and one Southwest Muslim. The seventh person is a North-Central Christian executing hatefully scripted ethnic agenda. The Nigerian Navy formation in Owerrenta (Abia State), as at our last check, is also manned by a Fulani-Hausa Muslim officer. The case is no different in Christian controlled States of Benue, Edo, Delta, Rivers, Bayelsa, Akwa Ibom States as all the seven top military commanders there are Fulani-Hausa Muslim officers. A quick look at headships of SSS and Police in the affected States including Southeast States also indicates similar patterns and trends. The Army’s battalion and artillery formations at Ogoja, Calabar and Elele are also not different.

Intersociety has found that the country’s Muslim dominated and controlled security forces especially the Nigerian Army have since January 2021 carried out not less than fifty (50) extrajudicial killings and abducted to unknown locations not less than 500 others. This is totally despicable and condemnable. It must be remembered that the country’s ethnically and religiously imbalanced security forces have since 30th of August 2015 massacred not less than 750 unarmed and defenseless Eastern Nigeria Judeo-Christians and maimed no fewer than 700 others. The killings and maiming had included 480 killed and 500 others maimed between 30th August 2015 and 15th Sept 2017. In 2020, not less than 190 unarmed Igbo Judeo-Christians were massacred and in the first four months and a half of 2021, not less than 50 have been killed extra-judicially and dozens shot and battered with live bullets. Included in the list of the over 50 extra-judicially slain Igbo Judeo-Christians are over 20 slain bodies publicly displayed recently by the authorities of the Nigerian Army and Police in Imo State, out of which, only five were independently confirmed to be armed participants killed in the course of exchange of gun-fires with security personnel. The rest are independently adjudged or classified as ‘victims of extrajudicial killings’ including Keke riders and passersby.

The drafted soldiers and police personnel are also responsible for reckless killing of scores of defenseless Igbo Christian residents of Imo State including scores shot and killed in Owerri and Orlu. In Abia State, at least 15 slain bodies were publicly displayed by the Army and the Police and questionably labeled “IPOB/ESN members killed in gun duel”. However, our independent checks did not find any concrete evidence showing that the slain citizens were participants in gun duels during which they were said to have killed and labeled “armed IPOB/ESN members”. We therefore strongly hold that the publicly displayed slain bodies are most likely to be victims of Army and Police extrajudicial killings. This is more so it has been independently gathered from local activists and eyewitnesses that the “Unknown Gunmen” who launched an attack at an Army Roadblock in Aba that fateful day retreated and escaped after their attack was successfully repelled by soldiers; only for soldiers on duty and drafted others to turn around and engaged in shooting spree, felling scores and wounding others including Keke riders and passersby.

In Obigbo, Rivers State, the Nigeria Police self implicated itself and admitted engaging in extrajudicial killing when the Force said that “it killed three wounded IPOB members and a nurse treating them”. There was also a report of another round of extrajudicial killing on 13th May 2021 same in Rivers State during which: “an IPOB women leader (Mrs. Uchechi…) who was also young mother of two kids and three of her guests were killed at ungodly hours”. The Police and Army had invaded her residence and shot them dead. Again, the killing of an ESN commander (Andrew Kanayo Nwokike or “Ikonso”) was clearly extrajudicial and outside the law; as there was no evidence that he died in a gun duel with security operatives or killed by gunshots, rather he was reportedly tricked and tracked down unarmed. This is even as the whereabouts of his three younger siblings: Chidere, Ezeugo and Chimaobi Nwokike have remained unknown over one year after soldiers abducted them in Feb 2020.

Recent Abduction Of 500 Igbo Judeo-Christians: Of the 500 unarmed Igbo Judeo-Christians abducted by Nigerian security forces since January 2021, over 100 abductions took place in Anambra State alone including not less than 68 of the abductees, abducted by the Army, SSS, Navy and Police who are presently dumped without trial at the Awka State CID amidst torture and other inhuman and degrading treatments. Others, most likely in their dozens, are also likely to be held without trial at the State’s SSS, Army and Navy formations. Hundreds of unarmed citizens of Eastern Nigeria have also been abducted in Imo, Rivers, Akwa Ibom, Abia and Ebonyi States in the past four months and a half and taken to unknown locations where dozens, if not more, are feared tortured or killed in captivity. In all these, there are little or no records showing that those abductees are subjected to fair trial and fair hearing within times or periods prescribed by the Nigeria’s 1999 Constitution. It must be factually stated that the recent 500 abductees did not include 110 unarmed and defenseless Igbo citizens abducted in Oct 2020 at Obigbo, Rivers State and still held at the Nigerian Army Commando Base in Bida, Niger State and another set of 26 abductees recently discovered to have been abducted by Army at same Obigbo and presently held in secrecy at SSS dungeons in Abuja as well as over 100 others still unaccounted for since their abduction in Oct/Nov 2020.

Our Position On “Unknown Gunmen”: The International Society for Civil Liberties and Rule of Law has strongly opposed and still opposes resort to unlawful violence by state and non state actors including killing of security personnel at their duty posts and mass murder by security personnel of unarmed and defenseless citizens especially those citizens targeted and killed or maimed or abducted and disappeared on the grounds of their ethnicity and religion. It is therefore our strong suspicion that there are likely three sources of “unknown gunmen” in Eastern Nigeria; namely: (1) from malicious and clandestine armed agents of the State for purpose of ethnic and religious profiling and cleansing, targeted at the Igbo Christians and their neighbors, (2) from Government backed armed religious brigands (i.e. special Fulani jihadist squads) and (3) from a group of injustice-radicalized Eastern citizens, forced to resort to radical self help (i.e. seeking redress and revenge through group violence) over years of unaddressed injustices.

Grave Breaches Of Rules Of Engagement In Peace And Conflict Times

Under international rules of engagement guiding conflict time and peacetime military and policing operations, applicable and enforceable in Nigeria, there is nothing like “shoot-at-sight” or “presidential death code”. The two are also strange and unknown to the Constitution of the Federal Republic of Nigeria 1999 as well as the country’s signed, ratified or domesticated international treaties. Allowed killings are strictly applicable in situations of exchange of gun-fires between fighting parties or armed state and armed non state combatants. Though killing of any member of human family is reprehensibly condemnable, but in the technical belief and language of the United Nations, if a violent conflict becomes inevitable, it must be restricted to the “fighting parties”. In Nigeria, a Court of superior records had also recently ruled that “Nigerian Army, or any other branch of the Armed Forces lacks power to arrest, detain, investigate and prosecute citizens who are not subject to the Armed Forces Act of 2004”.

Finally, Nigeria, as a key member of the United Nations, is strictly bound by the Geneva Conventions of 1949 and its Principles of Use of Force and Proportionality of same and by combined provisions of the 1999 Constitution and the Geneva Conventions or Laws of Armed Conflict, extrajudicial, extra jus and unlawful killings are outlawed and prohibited. Specifically, under the International Law and Nigeria’s 1999 Constitution, the President and Commander-in-Chief of Armed Forces is executively, militarily, judicially and legislatively ostracized and banished from issuing ‘killer-orders’ to the officer corps of the Armed Forces and Police and such ‘killer-orders’ if given or issued are conventionally and instantly unenforceable as defense of same in post atrocity criminal trials will not only fail woefully but also amount to provoking the Court and inviting her to administer justice over nothingness or reward brute and barbarism.