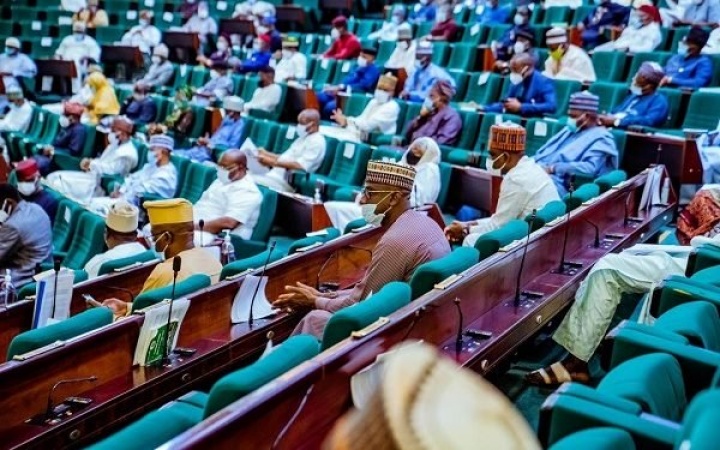 Governor of Rivers State, Nyesom Ezenwo Wike says the All Progressives Congress (APC) intends to use ongoing  constitutional amendment to vest power on Chief Justice of Nigeria to set up a panel to hear appeals from election tribunals.And concerned about this inordinate scheme, the governor has urged  members of the National Assembly to shun partisan politics and primordial sentiments and work for the interest of Nigerians.Governor Wike made this  assertion when the Senate  sub-committee on constitutional amendment for the South-South zone led by Senator George Sekibo paid him a courtesy call at the Government House, Port Harcourt.The governor  asserted that he had uncovered a plot by the APC to hide under the guise of constitutional amendment to deprive the President of the Court of Appeal the power to constitute a panel to hear appeal cases from election petition tribunal.He further frowned at the attempt by the ruling party to also use the Electoral Act amendment  process to deny the State High Court from hearing pre-election matters.

According to him, the APC is scheming   to vest power to exclusively hear such matters in the Federal High Court.Governor Wike emphasized that it is important at this crucial period of the nation’s history, that the National Assembly should use the opportunity to amend to correct a lot of anomalies in the 1999 Constitution.He observed that though no constitution can be described as perfect, concerted effort must be made  by Federal lawmakers to deliver a better constitution for Nigeria.Governor Wike urged the members of the National Assembly from the South-South geopolitical zone to canvas for an upward review of the 13 percent derivation to 50 percent.He further tasked them to press for the devolution of power, creation of state police and  strengthening of  the federal character.

According to him, the prevailing situation where only persons from certain sections of the country are appointed to sensitive positions is unacceptable.“I think this is an opportunity for members of the National Assembly to say they are working for the interest of Nigeria and not for the party they belong to. Because at the end of the day, if anything happens to the country, you will all be affected.”The Rivers State governor called for the creation of an additional State in the South East geopolitical zone in order to correct the current imbalance  in the six geopolitical zones.“There is no way the South East should continue to have only five states. It is very unfair.  Since other regions have six states, the South East should be made to have six states.”Chairman of the Senate Ad-hoc Committee on amendment of the Constitution which covers Rivers, Akwa-Ibom and Cross River, Senator George Sekibo said the National Assembly has virtually completed the first processes of the review of the 1999 constitution.“The House of Representatives and the Senate alone cannot amend the constitution of the great country, so we have come to reach out to our people to collate their views, and inputs they will make in the constitution.“The constitution actually is supposed to be a law that is made by the people and so, we are here to collate views from major stakeholders in these three states and when we get back to Abuja, we will see how we can harmonise their views and those of other stakeholders already sent to us.”