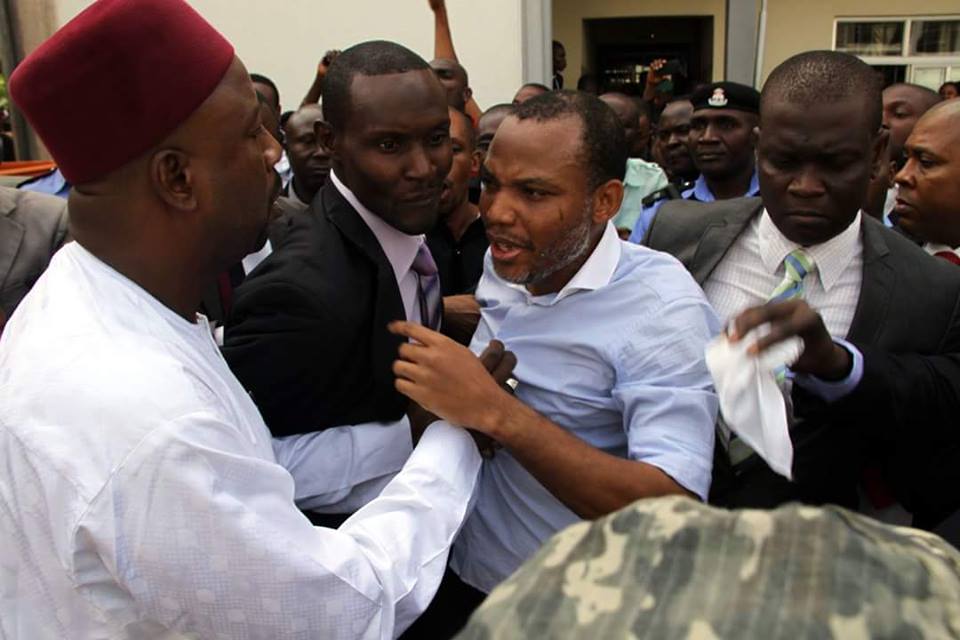 Justice Binta Nyako of the Federal High Court Abuja has adjourned the trial of leader of the Indigenous People of Biafra (IPOB), Mazi Nnamdi...

Justice Binta Nyako of the Federal High Court Abuja has adjourned the trial of leader of the Indigenous People of Biafra (IPOB), Mazi Nnamdi Kanu, has been adjourned until October 21, 2021.

The trial suffered a setback after the Department of State Services (DSS) failed to produce Kanu in court earlier today, Friday, July 26, 2021.

Justice Nyako faulted the action of the Nigerian secret police, noting that she had stayed back in her chambers waiting for the defendant to be in court.

She asked the prosecution to be diligent with dates whenever she gives one, stressing that it was important for Kanu to be present at his trial.

In his response, the prosecution counsel, Mohammed Abubakar, informed the judge that the defendant was not in court due to logistics reasons.

Kanu’s lawyer, Ifeanyi Ejiofor, on his part, declared his client missing, alleging that the DSS has denied them access to him for the past eight days.

As a result, he urged Justice Nyako to grant the request of his client seeking to be transferred from the DSS custody to the Kuje Correctional Centre in Abuja.

Ejiofor also asked the judge to grant Kanu access to his medical doctor for the purpose of carrying out a comprehensive independent medical examination on him.

According to him, the defendant cannot get a fair trial if he remains in the custody of the DSS.

After listening to both counsels, Justice Nyako said she would give an order for access to the defendant.

She, however, stated that such access would not be free for all, noting that it must be regimented.

The judge also declined the proposal of the defence counsel that Kanu should be transferred to a correctional centre, ordering that he should remain in the custody of the DSS.

She, thereafter, adjourned the trial of the defendant to October 21.

Kanu was first arrested in 2015 on charges bordering on terrorism, treasonable felony, and managing an unlawful society.

Other allegations levelled against him by the government were the publication of defamatory matter, illegal possession of firearms, and improper importation of goods, among others.

The IPOB leader was initially detained and arraigned in court, but he fled the country in 2017 after he was granted bail for medical reasons.

While he was away, he was sighted in Israel and had continued to rally his supporters in Nigeria to achieve the secession of a significant part of Nigeria’s southern region to form the Republic of Biafra.

About four years since he jumped bail, Kanu was intercepted on June 27 and repatriated to Nigeria in an operation conducted by Nigerian security operatives in collaboration with international partners, to face the charges for which he was arrested.