World football –governing body, FIFA on Wednesday provided the Local Organizing Committee with a final go-ahead to stage the maiden edition of the Aisha...

World football –governing body, FIFA on Wednesday provided the Local Organizing Committee with a final go-ahead to stage the maiden edition of the Aisha Buhari Invitational Women’s Tournament, otherwise known as Aisha Buhari Cup. The six-nation invitational is being organized in honour of the name and Office of the First Lady of the Federal Republic, Dr (Mrs) Aisha Muhammadu Buhari.

In a letter dated 8th September 2021 and signed by Gordon Savic, Head of Qualifiers and International Matches, the world body noted it has sanctioned the 15th – 21st September showpiece that holds at the Mobolaji Johnson Arena and Agege Stadium in the City of Lagos, and featuring hosts Nigeria, Cameroon, Ghana, Mali, Morocco and South Africa’s ‘A’ Women teams.

“In accordance with the article 7 of the regulations, FIFA is happy to provide official authorization for this women’s tier 1 tournament…we hereby remind the participating teams that the Laws of the Game must strictly be applied to these tier-1 matches.

“Finally, we would also like to draw your attention to the contents of FIFA’s circular no.1735 of 1st October 2020. The strict application of the FIFA’s Return to Football – International Match Protocol (IMP), or an equivalent protocol of your confederation compliant with the said Protocol, is required.”

With this authorization, all is now clear for the commencement of the six-nation showpiece starting on Wednesday, 15th September with the clash between nine –time African champions, Super Falcons and the Female Eagles of Mali at the Mobolaji Johnson Arena, Onikan. 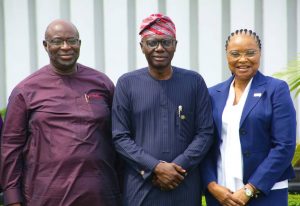 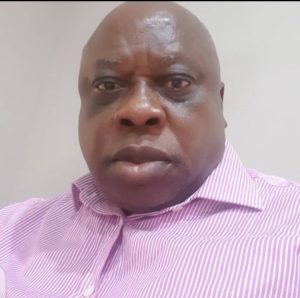 Kuejubola, one of the founding fathers of women’s football in Nigeria, said the morale of these Nigerians who gave their lives to the growth and development of the game especially at a time when women’s football was not accepted in the society, would thus be lifted and their hearts fulfilled.

The former Chairman of the Delta State Football Association also noted: “It would not be too much if the ilk of women football founding fathers and mothers who are still alive are given some recognition during the continental championship. These clubs that these persons founded provided the players that made up the first Super Falcons team to the FIFA Women’s World Cup China 1991, and the national team has never failed to attend any edition of the FIFA World Cup till date. We should also not forget that the Super Falcons have gone from thence to win nine editions of the 11 Women Africa Cup of Nations titles on offer since the inaugural championship in 1998.

“The founders both dead and alive should be appreciated for making Nigerian women football what it is today.”

The Black Queens feature in Group B alongside the Indomitable Lionesses of Cameroon and South Africa’s Banyana Banyana.