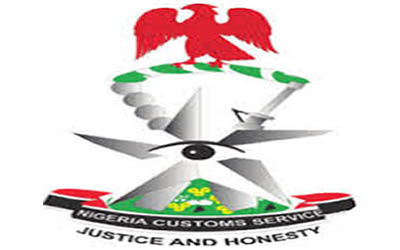 Onne Port: Customs Rakes In N128.3b In Onne In Q3, Harps On Compliance

This was made known in a statement by Ifeoma Ojekwu, Customs Public Officer, Area ll Command Onne Port.

A comparative breakdown of the third quarter collections between 2020 and 2021 indicated steady increases which contributed in the cumulative 55.4 percent difference.

Comptroller Mohammed’s improved interface with stakeholders in an enhanced Customs community relations system has also paid off with remarkable degrees of compliance by the port users in Onne.

While commending the uncompromising disposition of the officers and men of the Command, the Area Controller expressed optimism that more revenue collection, increased trade facilitation and time saving advantages will be achieved in the command with the introduction of recently procured mobile scanner.

Before the arrival of the scanner, examinations of cargoes were usually done manually and physically, whereby containers were positioned by the terminal operators. Then, gang of labourers will discharge the goods before Customs and other agencies will carry out the examination. Customs must also cut off the seal manually.

“With the coming of the scanner, which is a non-intrusive apparatus, cargo examination will now be conducted with the use of x-ray,” he said.

On anti-smuggling activities, the Command made twenty-nine (29) seizures totalling N9,763,129,216.00 Duty Paid Value (DPV) within the period under review.

So far, nine suspects were arrested in connection with the seizures and are at various stages of investigation and prosecution in courts of competent jurisdiction.

The exported commodities and products totalling 767,089.53 metric tonnes with free on board value of $250,789,911.39 also has a total Nigeria Export Supervision Scheme (NESS) value of N463,085,649.23kThe Controller reiterated his advice to port users to stay on the path of compliance and obedience to laws.

He urged that they keep abreast with extant import and export guidelines to avoid their cargoes being seized and them facing arrest or prosecution in accordance with the Customs and Excise Management Act (CEMA).

To achieve concerted efforts of all stakeholders in the port community in achieving seamless cargo movement, Comptroller Mohammed recently convened a forum where they jointly agreed to work together more harmoniously.

Their robust interactions have resulted in a new resolve for enhanced cooperation aimed at developing on their existing cooperation.

While commending newly promoted officers in the Command, Comptroller Mohammed admonished that they should see their elevations as renewed calls to more service. He urged them to continually justify the confidence reposed on them and advise them to see their new ranks as positions of higher responsibilities in the NCS and national interest.