The Nigeria Football Federation has congratulated the Senior Women National Team, Super Falcons, for reaching the final round of the qualification series for next... 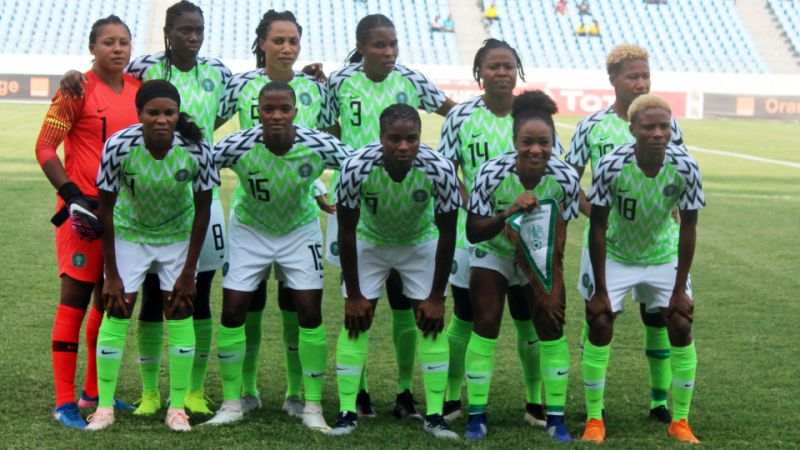 The Nigeria Football Federation has congratulated the Senior Women National Team, Super Falcons, for reaching the final round of the qualification series for next year’s Women African Cup of Nations finals slated for Morocco, following a lone goal defeat to their Ghanaian counterparts in Accra on Sunday which rendered the fixture a 2-1 aggregate triumph for Nigeria.

However, General Secretary of the NFF, Dr Mohammed Sanusi contended that there is room for improvement in the team’s entire output over the two legs of the fixture with the Black Queens, and that the NFF has concluded arrangements to reinvigorate the team technically, and also strengthen the playing body.

“I will start by congratulating the team for the victory over the Black Queens of Ghana. It was a sweet one given the rivalry between our two countries in the game, which dates back to 70 years. Notwithstanding, there are deficiencies that we must deal with squarely and without any ambiguity in order that the team will be ready for the challenges ahead.

“The Super Falcons can, and should, exhibit far greater marksmanship. We have the players at home and abroad to outrun and outplay any team on the African continent, and even compete favourably on the world stage. That is why we have to make the move to reinvigorate the team ahead of the final round of qualifiers against Cote d’Ivoire. The rejuvenation is with an objective for better focus, commitment and productivity.”

Cote d’Ivoire’s Lady Elephants, it can be recalled, eliminated the Falcons from the race to the Women’s Football Tournament of the Tokyo Olympic Games which held two months ago.

In their side of the qualifying campaign, the Lady Elephants walloped their counterparts from Niger Republic 9-0 in the first leg, making the return a mere formality.