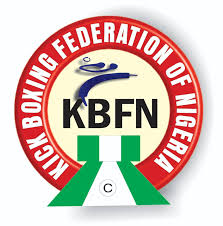 Sports Entrepreneur Seeks Use Of Combat Sports To Combat Crime, Restiveness Amongst Youths

Mr Gospel Obolo, a sports enthusiast and Entrepreneur on Monday advocated use of frequent sports competitions to engage the teeming youth population as a...

Mr Gospel Obolo, a sports enthusiast and Entrepreneur on Monday advocated use of frequent sports competitions to engage the teeming youth population as a means to discourage crime. 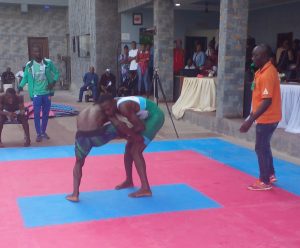 Obolo, a Vice Chairman Kick-boxing Federation of Nigeria made the call at the opening ceremony of 2021 Ogbia Traditional Wrestling Festival at Otuoke in Ogbia Local Government Area, Bayelsa.

He noted that traditional wrestling was used to inculcate the culture of self defense and discipline amongst the youths in the Niger Delta region and regretted the decline in the sports.

According to him, the decline of interest in traditional combat sports like traditional wrestling had compelled youths to resort to use of arms to perpetrate crime.

He recalled that youths hitherto engaged in sports as a means of self-development and channeled their energies into training to become champions in their communities in search of laurels and had no time to think of social vices.

Obolo said that he was driven by the passion for youth development to introduce the annual wrestling festival amongst Ogbia communities and hopes to professionalise traditional wrestling.

“This festival idea has kept me busy for the past six months and the idea is to provide a platform for our teeming youths, the demography of our population shows that youths are in the majority.

“The private sector needs to compliment government’s youth policies, for instance, the National Sports Festival holds once in two years, and that is not enough, we need other festivals in between.

“That is why I have taken it up to start this traditional wrestling festival for Ogbia communities to provide incentives to youths to participate, the idea is to use this platforms to take youths out of the streets.

“Our aim is to professionalise our traditional wrestling and preserve this culture among the youths and we are bringing the technical expertise of wrestling coaches to develop the rules of the game and give reward to good performance.

“That is how we hope to take our traditional wrestling to the world and we are open to collaboration with public spirited organisations and individuals to join us as we do this for our youths,” Obolo said.

He further said that the festival would strengthen to bond of unity amonst participating wrestlers and communities, promote the wrestling culture, history and show case it as a tourism event to numerous visitors to Ogbia kingdom.

Some mock (exhibition) wrestling bouts were performed as part of the opening ceremony for the two week traditional wrestling festival as well as musical performances by artists.