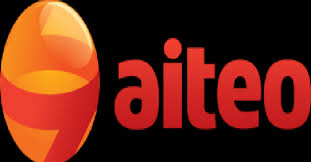 Aiteo Eastern Exploration and Production Ltd on Friday said it is intensifying efforts to stop the ongoing Nov 5 leak from its operations at...

Aiteo Eastern Exploration and Production Ltd on Friday said it is intensifying efforts to stop the ongoing Nov 5 leak from its operations at Nembe in Bayelsa.

The assurance is contained in an update statement signed by Mr Victor Okoronkwo, Group Managing Director of the indigenous firm made available in Yenagoa.

The assurance is sequel to Wednesday’s visit by Minister of State for Petroleum, Chief Timipre Sylva to the incident site to convey the concerns of the Federal Government on the pollution.

Aiteo said that foreign technical well control experts were already on the incident site while specialized equipment to plug the leaking well were arriving the spill site within Oil Mining Lease (OML) 29.

“All relevant personnel and experts, local and international, are now on location.

“The marine spread carrying the pumps, chemicals, cranes, and firefighting equipment are 100% mobilized and have set sail to location.

“Simultaneously, concurrent activities including spotting and hook up of hoses are ongoing on the barges to minimize clean up downtime.

“Loading of additional equipment being mobilised from Snake Island underway and is expected to arrive staging area in Santa Barbra by 12:00hrs on 26 November 2021,” Aiteo stated.

According to the statement, additional relief materials including mosquito nets, hygiene and sanitary kits, disinfectants, food materials, are being mobilized to the immediate communities impacted by the spill.

Aiteo officials are closely monitoring all activities related to the affected communities, including feeding, lighting, hygiene, drinking water and medical requirements with the help of local associations.

The statement added that Aiteo Health Safety and Environment  teams are monitoring the quality of air every 6 hours to ascertain the livability of the areas adjoining the incident site.

Meanwhile residents at Odioma in neighbouring Brass Local Government Area in Bayelsa, report that crude from the site has hit the Atlantic coastline.

Mr Iniruo Wills, an environmentalist who informed our correspondent of the further spread of crude urged the Bayelsa government  to rise to the occasion and assist the impacted victims.

Wills, a former Commissioner of Environment in Bayelsa said the spilled crude has spread from the Santa Barbra River, Nembe creeks into the Atlantic ocean forming sludge at the coastline.

“The Bayelsa State Oil and Environment Commision led by Archbishop John Sentamu has a moral and public obligation to the people of Bayelsa state.

“It is not a choice anymore, not only speak up but to act now on this totally avoidable catastrophe and the present status of the assignment  it started in earnest almost three years ago,” Wills said.

The Bayelsa government on Wednesday  set up a seven man committee to visit the spill site for an on the spot assessment of the impact of the spill on victims.

However, when contacted for a reaction on the reported further spread of crude, Mr Mathew Ndianabasi, Spokesman for Aiteo said that the claimed sludge was not from its operations.

“The Santa Barbra fiel is not in the Atlantic ocean, the location is onshore and there have been so many spills from other sources , those heaps of sludge have been there before the incident we have,” Ndianabasi said.