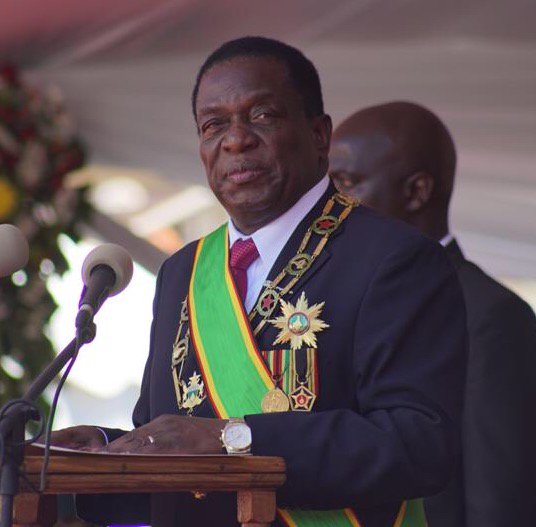 By Thandisizwe Mgudlwa   President Emmerson Dambudzo Mnangagwa of Zimbabwean has called for the return of stolen African cultural artifacts forcefully taken away by...

President Emmerson Dambudzo Mnangagwa of Zimbabwean has called for the return of stolen African cultural artifacts forcefully taken away by the colonial powers back to their original owners as according to him, the artifacts are an extension of the cultural, human and people’s rights of the cultures that created them.

“Within the purviews of the rights-based discourse, Africa and its people continue to unreservedly pronounce that ‘cultural rights are human and people’s rights too.’ In light of this, Africa must reunite with that which belongs to it.”

The Zimbabwean leader spoke when he
officially opened the third International Conference on African Cultures (ICAC) at the National Gallery of Zimbabwe on November 24.

Mnangagwa also called for the restitution and repatriation of African artifacts that were expropriated from Africa during the colonial era.

Themed, “Africa Speaks: Confronting Restitution and Repatriation of Artefacts, Human Remains, Objects and Archives from African Countries”
the conference explored issues of restitution, return and repatriation of African cultural property held outside the continent through
presentations, exhibitions and panel discussions.

Supported by UNESCO, the conference consisted of the participation of experts and heritage professionals from Africa and the Diaspora.

During the opening ceremony, the President challenged the academia, heritage experts and institutions to pursue “Chimurenga Chepfungwa/liberation of the mind” informed by African cultural belief systems and identity.

Highlighting the importance of the Conference, Mnangwagwa indicated that it is through such Pan African forums that African thought and
vast body of knowledge are deployed to accelerate sustainable heritage-based development and proffer concrete actions towards the promotion of African Renaissance.

In her opening remarks, the Africa Union highlighted the importance of the African Union model law on the Protection of Cultural Property and Heritage, which aims at guiding member states in developing and strengthening their legal frameworks.

The Conference contributed to the African Union Agenda 2063, particularly to its Aspiration 5 “an Africa with a strong cultural
identity, common heritage, shared values and ethics”.

“We believe that the outcomes of the conference will strengthen the capacities of members states to implement various international frameworks, including the UNESCO 1970 Convention on the Means of Prohibiting and Preventing the Illicit Import, Export and Transfer of Ownership of Cultural Property and the UNIDROIT 1995 Convention on Stolen or Illegally Exported Cultural Objects,” added Martins

During the panel discussion on “Dealing with Legal issues: Benchmarking UNESCO 1970 Convention and subsequent legal pieces”, the
Head of the Culture Unit at the UNESCO Regional Office for Southern Africa,  Francisco Gomez Duran, recalled the role of UNESCO in
supporting countries in the fight against the illicit trafficking of African cultural property and the efforts of the Organization to promote its return and restitution.

Duran also highlighted that supporting African Member States in the fight against the illicit trafficking of cultural property within the framework of the UNESCO 1970 Convention and facilitating the return and restitution of cultural property in the framework of the Intergovernmental Intergovernmental Committee for Return and Restitution have been identified by UNESCO as one of the pillars of Flagship Programme 3 of the Organization’s Operational Strategy for Priority Africa 2022-2029.

Accordingly, UNESCO’s work on the protection of cultural heritage and the return of stolen or illegally exported cultural property contributes to the achievement of SDG 16, and in particular target 4, which addresses the recovery and return of stolen assets and combating all forms of organized crime.