Tunde Bakare Lies About Balewa, The Igbo And Bare Facts Of History 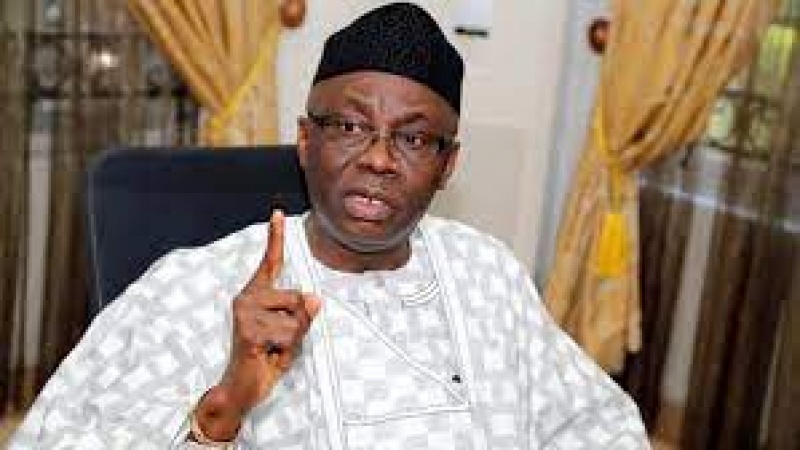 By Obi Nwakanma
Mr Tunde Bakare, Pastor of the Latter Rain Assembly (now also known as the Citadel Global Community Church) a Nigerian fundamentalist Christian church, is a man with a large following. His words are consequential.

His pulpit is large. As a self-proclaimed Christian pastor, many Christians have trusted his words as true. Well, that is about, possibly to change. Why? Here’s the deal: in the last week, Bakare’s mask fell from his face, and we glimpsed the image of the grinning skull. A terrible image.

What led to this slipping of the mask? Well, again, there is the old saying that a lion may hide all it wants, but it cannot hide its claws. Tunde Bakare could not finally help himself.

Last week, this pastor according to a very embittered congregant who drew my attention to a video circulating now on the web – caused outrage in civilized circles, but particularly among the Igbo, when he declared in one of his sermons that the Igbo will not govern Nigeria because the late Tafawa Balewa cursed them. Really? Well, it seems that Mr. Tunde Bakare knows much more than most, about Tafawa Balewa who died in the January 15, 1966 coup.

Nigeria’s first military putsch. According to Bakare, when so-called Igbo soldiers arrested Balewa on January 15 1966, they violated him. They removed his turban, Bakare said, poured wine on his head, and forced some of that wine into his throat. Before he died, said Bakare, Tafawa Balewa cursed the Igbo, saying they would never govern Nigeria. This image is very calculated and vexatious. But Bakare knows exactly what he was doing. It is to rouse and stoke hatred against the Igbo by a section of Nigeria.

Bakare’s account of the death of Nigeria’s first prime minister is a lie from the pit of hell. First, how did Bakare come about this fiction? It must be part of the larger street mythologies sold to Nigerians as part of the hate campaign against the Igbo to justify the mass murder of the Igbo in the pogrom and the civil war that followed.

Bakare who grew up in Abeokuta must have, absorbed this street lore until he could swear by it. He was not there.

He was even allowed to finish his prayers before he was taken into Ifeajuna’s Red Mercedes 190.

Segun Osoba who was the only reporter to see the Prime Minister’s corpse at the cocoa plantation on Abeokuta where they found him prodded against a cocoa tree to rest, reported that the body of the Prime Minister when he saw it was “fresh” and there was no bullet wound.

If the Prime Minister was violated, as Bakare claims, Osoba would have known, and would have reported it. The death of Tafawa Balewa was tragic, but it needs to be said here, that Mr. Balewa could not have cursed an entire Igbo, simply because, in spite of what Bakare ignorantly thinks, the Igbo did not carry out a coup.

The coup was carried out by a faction of the Nigerian Army which happened to have had more Igbo officers. Besides, most Nigerians have been told a huge lie about that event. The government that was overthrown was led by an Igbo, Dr. Nnamdi Azikiwe, who was President. Even today, some Igbo have joined in telling the lie that Dr. Azikiwe was “merely a ceremonial president” and that the Igbo have therefore not governed Nigeria, except for General Ironsi’s six months.

That too is a lie. It is true that Dr. Azikiwe had largely ceremonial functions as Governor-General from 1960 to 1963. Before they handed that job to him, and this was part of the agreement, the British had striped the office of the Governor-General of its enormous powers and basically handed a ceremonial office to Zik.

But the 1963 republican constitution basically restored the powers of the President and Head of state of the republic, and literally turned the Prime Minister into the President’s Chief Adviser. In other words, from November 16, 1963, on his birthday, President Azikiwe governed Nigeria with full executive authority.

The Republican constitution of Nigeria endowed on the president, and not to the council of Ministers, all executive power. This constitution remains public document, and unambiguous, although even constitutional historians continue to fib about it, to align with ignorant and self-serving views.

But let us return to the so-called “Balewa curse”: in uttering that blasphemy, Igbo Christians have identified Bakare as “anti-Christ.” A wolf in sheep’s clothing. He uses the podium of a Christian ministry to preach hate, and to raise cudgels against the anointed of God. The Igbo call themselves “Umu-Chukwu” – children of the High God.

That is why they do not make kings. According to the Igbo, the only king of the Igbo is God. That is the central basis of their covenantal life. To these Igbo, what Bakare did in declaring that the Igbo were cursed by Balewa and that they would therefore never rule in Nigeria is as it is written, that a false prophet shall arise, like a sheep in wolf’s clothing, and driven mad by power, shall “battle against God’s chillun.”

The problem is that Tunde Bakare got it wrong. He should just simply take a look around: the Igbo are a blessed people. Wherever they are, they prosper. They turn deserts into fruitful fields. When the Igbo leave a place, it becomes molten. If the Igbo leave Abuja today, it stops being Abuja.

If Igbo leave Lagos, it stops being Lagos. If the Igbo leave Kano, it will lose its kano-ness. The evidence is often made bare during Christmas, when the Igbo leave these cities to the East. Those places become hollow. Whatever the Igbo touch, even today, blooms. Such a people could not have been cursed: with the highest level of education; highest per capita income of any group in Nigeria; with a mobile global network that is increasingly consequential.

The only place where darkness has fallen is postwar Nigeria. Without the Igbo unleashing their great talent on this nation, Nigeria will increasingly atrophy. It is Nigeria that is actually under the curse of the Igbo. Here is the evidence: since 1966 when the rest of Nigeria fell on the Igbo and shed Igbo blood, this country has remained confused. It has not known peace. First it was coups and counter coups. Those who killed the Igbo turned the swords against each other.

They fell like carrion on the carcass of Nigeria. They looted it. Nigeria has earned mind-boggling money from oil, but it remains poorer than Gambia. Its public service is in decay. Its infrastructure is like what you find only in places that are under constant bombardment. It is a corrupt and unkind nation. Its population is adrift and in fear. Even Bakare cannot travel from Abeokuta to Lagos without an armed escort. Nigeria is like a clock turned backwards since the energy that compelled its modernity and fought for its liberation – the Igbo – left it spiritually.

Whatever Nigeria touches without the Igbo have turned to dust. So, Bakare must look again about who has cursed whom. It is Nigeria that is under the curse of the Igbo whose innocent blood Nigerians shed to appease a false god.

If Nigeria were some El-dorado since 1967, Bakare might have been right about Balewa’s curse. But the Igbo are a blessing to Nigeria. Nigerians know it and that is why they are prepared to go to war to make certain that the Igbo did not leave this poor, haggard nation. The only curse on Nigeria is that the Igbo have not governed Nigeria since 1970, and have withdrawn spiritually from it. As a result this nation has turned into dust. It is Nigeria that needs the Igbo to govern it.

The Igbo do not need Nigeria. Tunde Bakare came across in his sermon as a false, anti-Christian teacher haunted by the shadow of an “Igbo giant.” He has confessed that once in his dream, he saw the hulk of a massive Igbo giant pursuing him. Psychoanalysts might say, he is driven by “Igbo anguish” -a deep envy and fear of the Igbo which diminishes him and makes him feel very little. It is not the fault of the Igbo. It may have to do with Bakare’s troubled past. But the Igbo as people clearly haunts his dream. Particularly his dream about transcendence.

That prospect seems to him compromised by the Igbo staking their claims for the presidency of Nigeria in 2023. His resort is to invent a false, very unchristian lie, about Balewa’s curse on the Igbo.

Truth is, Balewa did not curse the Igbo, because the Igbo did not kill Balewa. On the other hand the Igbo cursed Nigeria because of the blood of the Igbo shed by this nation.

Until Nigeria makes right with the Igbo, the nation will continue going to the well until it smashes all its calabashes.