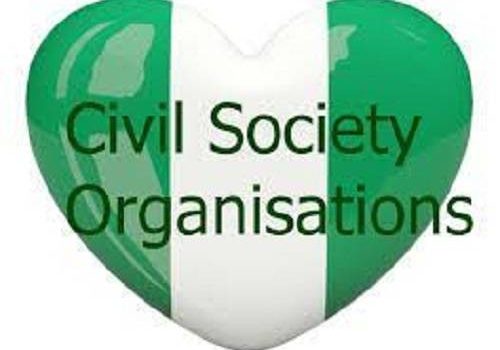 Leaders of some civil society organisations (CSOs) are delighted that the Federal Government of Nigeria has considered their calls for the implementation of the... 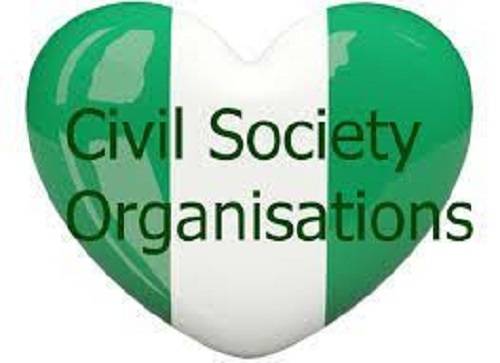 Leaders of some civil society organisations (CSOs) are delighted that the Federal Government of Nigeria has considered their calls for the implementation of the Climate Change Act, following the appointment of a director to pilot the affairs of the National Council on Climate Change.
The campaigners were persistent in recent weeks in their demands.
At a virtual workshop for CSOs leaders held on July 14, participants expressed the need for the federal government to establish the National Council on Climate Change.
Their call was made in order to boost implementation of the Nigeria Climate Change Act, which was signed into law in November 2021 by President Muhammadu Buhari.
Amid calls by youth groups for the commencement of the law’s implementation, the workshop was followed by the submission of a petition signed by 64 groups to relevant government agencies.
The campaigners, who urged government to immediately implement the climate law, also expressed their dismay over the delay by the government in implementing the core provisions of the Act.
However, government took a major decision to signpost the begining of the implementation of the Climate Change Act with the appointment of Dr. Salisu Dahiru as pioneer Director-General and Chief Executive Officer of the National Council on Climate Change.
Consequently, Prof. Chukwumerije Okereke, the President of the Society for Planet and Prosperity (SPP),  said he is delighted that the government has listened to the message sent by leaders of Nigerian CSOs and NGOs to urgently implement the Climate Change Act.
Okereke is also the Director of the Centre for Climate Change and Development (CCCD) at Alex Ekwueme Federal University Nigeria,
Okereke led the Technical Committee set up by the Speaker of the House of Representatives, Femi Gbajabiamila, to review the bill.
He also expressed the hope that the appointment of the new DG would be quickly followed by the inauguration of the Climate Council and the elaboration of real policy measures to tackle climate change and transition Nigeria to the green economy.

He said: “Climate change poses an existential threat to Nigeria and the failure to treat the climate challenge with the urgency and gravity it deserves is already costing Nigeria billions per annum as well as the loss of human lives and critical ecosystem.”

Also Nnaemeka Oruh, National Coordinator, Global Legislators Organisation for a Balanced Environment (GLOBE), Nigeria, lauded what he called coordinated campaign by stakeholders on the matter.
“I would say that the coordinated campaigns by civil society, the media, youth advocates, the international community especially the British High Commission, and of course by the National Assembly especially Rep. Sam Onuigbo, played a critical role in this. This is a win for Nigeria and an important step.”
Nkiruka Okonkwo, CEO/Founder Fresh & Young Brains Development Initiative, said the appointment was `exciting’.
“It’s an exciting news. Yes, the CSOs engagement helped”, Dr Mina Ogbanga of the Centre for Development Support Initiatives (CEDSI Nigeria), described the development as `a strong step in the right direction’.

“As the President of the River State Network of NGOs (RINNGOS) and CEO of Centre for Development Support Initiatives (CEDSI), we completely acknowledge this step as one that will cascade our climate change ambitions unto actualisation.”

She said that “the strategic advocacy of civil societies contributed in no small way to the government taking this step”.

“As an organisation, we have continuously called for the implementation of the Climate Change Act as part of Nigeria’s contribution to safeguarding its citizens against the harsh realities of climate change impact.

“It is our hope that the composition of the National Council will meet all best practice standards to accomplish this very strategic step,” she said.

Abdulhamid Tahir Hamid, Chief Executive Officer, Global Environmental and Climate Conservation Initiative (GECCI), acknowledged that the call for the government to implement the Climate Change Act “was very effective.
He said: “We now know that the government is taking it seriously.Therefore, with this good development on the appointed DG of the Council, we are still expecting for its urgent implementation.
“The Climate Change Act also includes provisions for members of the public and private sectors, as well as civil society, women, youth, and people with disabilities.
“It empowers the Council with significant powers to coordinate national climate actions, administer the newly established Climate Change Fund, mobilise resources to support climate actions, and collaborate with the Nigerian Sovereign Green Bond in meeting Nigeria’s NDC.

“The Climate Change Fund is envisioned as a financing mechanism for prioritised climate actions and interventions. The promotion and adoption of nature-based solutions to reduce GHG emissions and mitigate climate change is encouraged.

“The terms of the agency’s being given funds to start implementing work, and all those involved in the act should be called to be included in the implementation work that will begin as the law provides.”

David Michael Terungwa, Founder and Executive Director of the Global Initiative for Food Security and Ecosystem Preservation (GIFSEP), said that the delay in the implementation of the Act was uncalled for.

“Now that we officially have less than seven years to act to keep global warming below 1.5 degrees Celsius (1.5°C), as agreed in the 2015 Paris Agreement, urgent action is required more than ever before to deal with the increasing risks of climate change across the globe.

“In November 2021, President Muhammadu Buhari signed the Climate Change Bill into law. The Act reaffirms the Federal Government’s aim to cut current emissions by 50 per cent by 2050 and achieve net zero emissions as early as possible in the second half of the century (net zero target for 2050 to 2070).

“However, the activities heralding the 2023 general elections are already gathering momentum and if you listen to all the political parties and all the campaigns, you hardly hear anything about climate change and the environment, which is one of the greatest problems facing humanity today and even our country.

“From every indication, it is indeed evidently clear that the global commitments from government leaders and industry are not on track to meet the 1.5°C climate target.
“People all the world are already suffering from catastrophic losses because of extreme weather events. The record breaking #Heatwave2022 is one classic evidence in this regard,” he said.