From Magnus Aluma, Abakaliki The Appeal Court sitting in Abuja, on Friday, resumed hearing on the controversial Ebonyi South Senatorial primary election, between the... 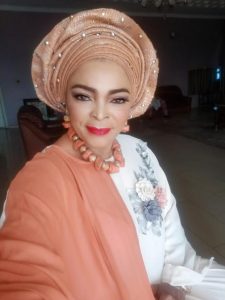 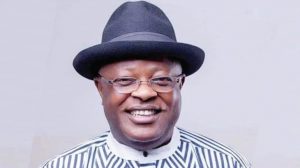 The Appeal Court sitting in Abuja, on Friday, resumed hearing on the controversial Ebonyi South Senatorial primary election, between the the state Governor, David Umahi and Princess Ann Agom-Eze.

Recall that, Governor Umahi’s younger brother, Austin Umahi and Princess Agom-Eze had in the first senatorial primary election of the All Progressives Congress, APC, contested the Ebonyi south senatorial zone ticket, in which Agom-Eze lost.

However, Austin Umahi who won the party’s primary election later withdrew, and another primaries re-conducted, with Governor Umahi emerging as the APC senatorial flagbearer.

Umahi therefore, proceeded to the Federal High Court sitting in Abakaliki, to demand that, INEC, should publish his name as the authentic senatorial candidate of the APC in Ebonyi South Senatorial Zone.

Princess Ann Agom-Eze, who apparently was not comfortable with the arrangement, proceeded to the Federal High Court, to demand that she should be joined in the Suit.

Presiding Judge, Fatun Riman, in his ruling failed to recognize Umahi as authentic Senatorial candidate for Ebonyi South Senatorial Zone, but ordered that a fresh primary election which will allow fresh participants, be conducted.

Sequel to this development, the leadership of the All Progressives Congress, APC, in Ebonyi State conducted a fresh primary election wherein David Umahi scored a total of 250 votes to defeat his rivals.

Entertaining the matter according to investigation, the Appeal Court, which constitutes a 3-man panel, led by the presiding judge, Justice Stephen Ada, has said the rulling on the matter would be on September 26, 2022.

Counsel to David Umahi, Barr. Roy Nweze faulted Mrs. Agom-Eze for challenging a matter that was already pending in Court, after 14 days as required by the constitution.

He told reporters that the matter came up for hearing in the Appeal Court, and was adjourned to a date that will be communicated for judgement.

According to him, “the woman said it is her name that should be published instead, that the Governor didn’t contest in the primary election”.

“But then, everything she did was against the run of the law, because the law said in section 285 (9) of the constitution that anything you are challenging must be done within 14 days, but she was sleeping and suddenly woke up and began to challenge the process,” he argued.

“She knows that she is not going to succeed, and that 285(9) of the constitution is something that is so strong, and that it is not so easy for her to do anything,” he Nweze emphasized.

Some political analysts in Ebonyi State who spoke to our reporters on conditions of anonymity, expressed confidence in Nigeria’s Judicial system and said that come the 26th of this month, the controversy would be laid to rest.