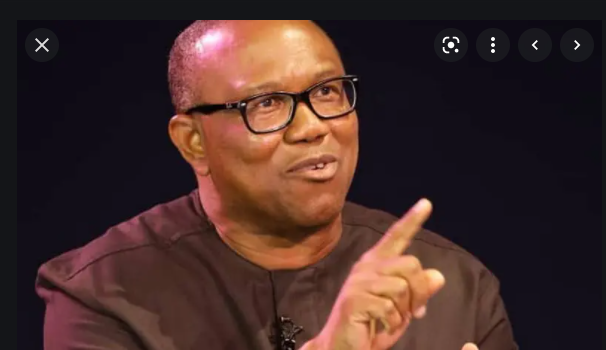 ‘…Policemen told us Governor David Umahi ordered them to stop us’, the Obi supporters claim as Umahi denies allegation   Hundreds of supporters of... 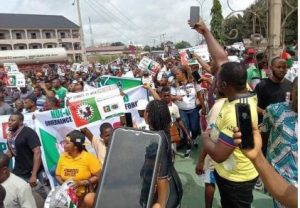 Hundreds of supporters of the Presidential candidate of Nigeria’s Labour Party, Mr Peter Obi, who trooped into Abakaliki, the Ebonyi State capital, on Saturday morning on a solidarity march for the popular candidate, were harassed with tear gas by police operatives who told some of the teeming Obi supporters, popularly known as Obidients, that they were acting on the orders of the state governor, David Umahi to scuttle the planned million-man-march for the candidate.

Journalists present at the venue confirmed seeing men of the Nigeria Police Force throwing tear gas at Obi’s supporters, who numbered over 2,000, forcing them to disperse before regrouping to continue the planned solidarity march.

The incident caused heavy human and vehicular traffic on the popular Old Enugu Road, in the state capital, on Saturday morning.

Narrating the experience, one of the Obi supporters, Steve Ugama, said that apart from dispersing the party supporters with tear gass, about five of his colleagues were arrested by the police.

He said, “This is inhuman and undemocratic. We have gathered here this morning for our peaceful March, all of a sudden, the police came and started tear-gassing us and arresting our people.

“They said we can’t hold the march, because Governor David Umahi asked them to stop us, that we can’t hold it. About four or our colleagues have been arrested. We need help here.”

The Obidients later regrouped and continued with the march amidst the tension that the police action brewed. 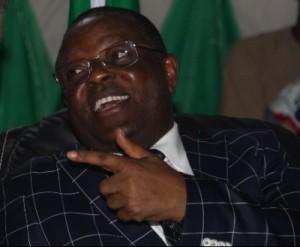 However, the Ebonyi State Governor, David Umahi has said he did not order the police in the state to disperse the supporters of the presidential candidate of the Labour Party, Mr Peter Obi, who staged a one million-man march in the state capital with tear gas as speculated.

Umahi was reacting to the allegation that he ordered the state police command to stop the supporters who converged at Pastoral Centre, Nkwagu Ugbala Ground Arena, People’s Club, and other locations in the state.

In a statement issued and made available to newsmen in Abakaliki by Umahi’s Special Assistant on Media and Strategy, Mr Chooks Oko, the Governor said the alleged disruption of the Obidient movement in the state is false.

According to the statement, “the rumours making the rounds that  Umahi ordered the disruption of a gathering in support of one of the presidential candidates in the 2023 elections is not true.”

It further states, “the Governor of Ebonyi State is certainly not aware of any disruption of any gathering as he didn’t order any. He is a democrat who believes in the rule of law. He wishes every politician the best and insists on a level playing ground for all. If the police dispersed people, the answer will rest with the police.”

Africanwscircle gathered that despite the police disruption and intimidation, Obi’s supporters in Ebonyi State successfully had a mass movement, the first of its kind covering major streets within the Capital City.

It was observed that the march paralyzed economic activities, as a large number of business owners and traders shut down their businesses to join in the movement.

One Some members of the group told our correspondent shortly after the rally, that they had a successful outing. They commended Obi’s supporters
for their doggedness and assured the group an overwhelming victory in the 2023 general election.