2023: Odii’s Emergence Is A Nightmare To APC, Says Party Chieftain

From Magnus Aluma, Abakaliki A chieftain of the Peoples Democratic Party, PDP, in Ebonyi State, Mr Osita Kalu has said the emergence of Dr... 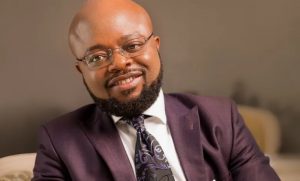 A chieftain of the Peoples Democratic Party, PDP, in Ebonyi State, Mr Osita Kalu has said the emergence of Dr Ifeanyi Odii as the governorship candidate of the party in the state is a nightmare of the All Progressives Congress, APC, in Ebonyi State.

Mr Kalu, who is a member of the state Presidential/Governorship Media Committee gave the indication in Abakaliki, while reacting to a statement made by the Ebonyi State chairman of APC, chief Stanley Okoro Emegha, that Odii’s emergence merely buried the opposition party in the state.

Chief Emegha was also quoted as saying that voters in Ebonyi State will vote based on the principle of equity and credibility, a statement which Mr Kalu said, implies that he has a myopic understanding of rudimentary politics.

But Chief Emegha insisted that since the PDP candidate is coming from the same senatorial zone with the Governor, his hope of becoming the next Governor of the state would amount to a tall dream.

“How can intelligent and ever conscious Ebonyi people allow a man who hails from almost the same local government area with the present Governor, succeed him in office? The people are wiser now”, he maintained.

But according to  Mr Kalu, the Supreme Court judgement that affirmed Mr Odii as the Ebonyi PDP governorship candidate is now the greatest nightmare of the ruling All Progressives Congress, APC, in the state.

“Since the news broke, the leadership of APC in the state have been running from pillar to pole making statements principally aimed at consoling their very few salaried followers”, he said.

“One of such statements was by Stanley Okoro Emegha, APC State Chairman while briefing journalists in Abakaliki Ebonyi State capital city, where he said that the emergence of our PDP Governorship Candidate Dr Ifeanyi Chukwuma Odii is against equity and credibility.” he added.

Mr Kalu further described the statement made by the APC chairman as that of an utterly confused person, who was knocked off balance by the Supreme Court judgment.

He said he won’t be surprised if the APC now decides to employ the greatest form of violence and thuggery to scare away voters as they know that their end has finally come upon them.

According to him, “zoning doesn’t connote the enthronement of a mediocre and violence driven candidate, one that annihilate the people upon grabbing power.

Kalu also argued that the choice of who becomes the next governor of the state belongs to the voters, adding that the APC, is not even in the imaginary scale of the consideration of the voters.

The PDP chieftain blamed the APC led government in Ebonyi  State for infesting the people with poverty through multiple taxation, non payment of worker’s standard minimum wages and non payment of  gratuity and pensions to retired civil servants.

He emphasized that the issues he listed will influence the people during the 2023 election and not zoning, adding that the APC candidate would be incapable of tackling any of the challenges.