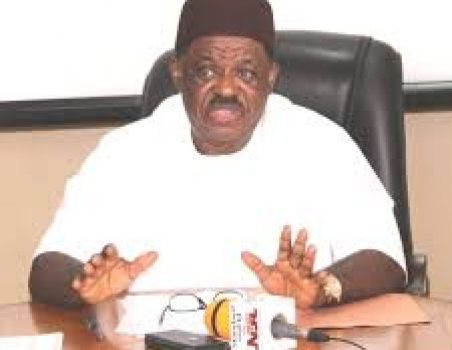 From Magnus Aluma, Abakaliki The Governor of Ebonyi State, David Umahi has finally made the final list of candidates for the 2023 senatorial election... 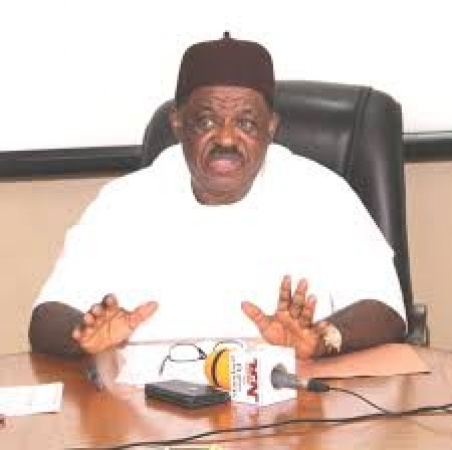 The Governor of Ebonyi State, David Umahi has finally made the final list of candidates for the 2023 senatorial election in the State.

Others who made the list include the first Executive Governor of the state, Dr Sam Egwu and a former member of Nigeria’s House of Representatives, Linus Okorie.

Recall that Governor Umahi’s name was not captured in the list of candidates which INEC released in June, in the aftermath of the controversy that surounded his emergence as APC’s candidate for the election.

Recall also, that Umahi’s struggle for the Senate seat came to the fore after he had lost APC’s presidential ticket to a former Governor of Lagos State, Ahmed Bola Tinubu at the party’s primary election.

His younger brother, Áustin Umahi who had earlier won the Ebonyi South Senatorial primaries, stepped down for him paving way for a rerun election which the governor contested
unopposed.

But the Independent National Electoral Commission refused to list his name as the candidate and instead chose to leave the position vacant.

Umahi was then left with no option than to drag INEC to court and to urge the Federal High Court, to compel the electoral body to accept his name as candidate of the party.

Princess Ann Agom-Eze who was the runner-up in the first primary election quickly joined the suit and urged the court to recognize her as the candidate of the party.

Presiding Judge, Justice Fatun Riman in his ruling, however, ordered for another primary which Princess Agom Eze and other interested fresh candidates were allowed to participate.

Apparently unsatisfied with the court ruling, Agom-Eze appealed the judgement at the Appeal Country in Enugu and filed for a stay of execution.

But the APC in Ebonyi obtained an order of the Federal High Court to go ahead with the primary which Mr Umahi won even as the matter at the appeal court is still on.

Similarly, Senator Egwu’s party, the Peoples Democratic, PDP, held two primaries in the state. The first primary, which was on May 28, was cancelled by the National Leadership of the party, while a second one was ordered for and conducted on June 4.

Egwu, who currently represents Ebonyi North Senatorial District at the upper chamber of Nigeria’s National Assembly, won the primaries but some aspirants disputed the credibility of the exercise and took him to court.

Hon. Linus Okorie, who then was in the party, contested for Ebonyi South ticket, which ended in controversy as the incumbent senator, Ama Nnachi went to challenge his victory in the court.

There was however, a twist when Okorie suddenly withdrew from their case in the federal high court and later defected to the Labour Party, where he was favoured by the party’s rerun election last month.

This development led to INEC’s listing of Okorie’s name as the candidate of the Labour Party and Senator Ama Nnachi as candidate of the PDP where they they will slug it out Governor Umahi, come 2023.

The other two are, a former member of Nigeria’s House of Representatives, Lazarus Ogbe of the PDP for Ebonyi Central, while Senator Emma Onwe also runs for Ebonyi Central on the platform of the All Progressives Grand Alliance, APGA.