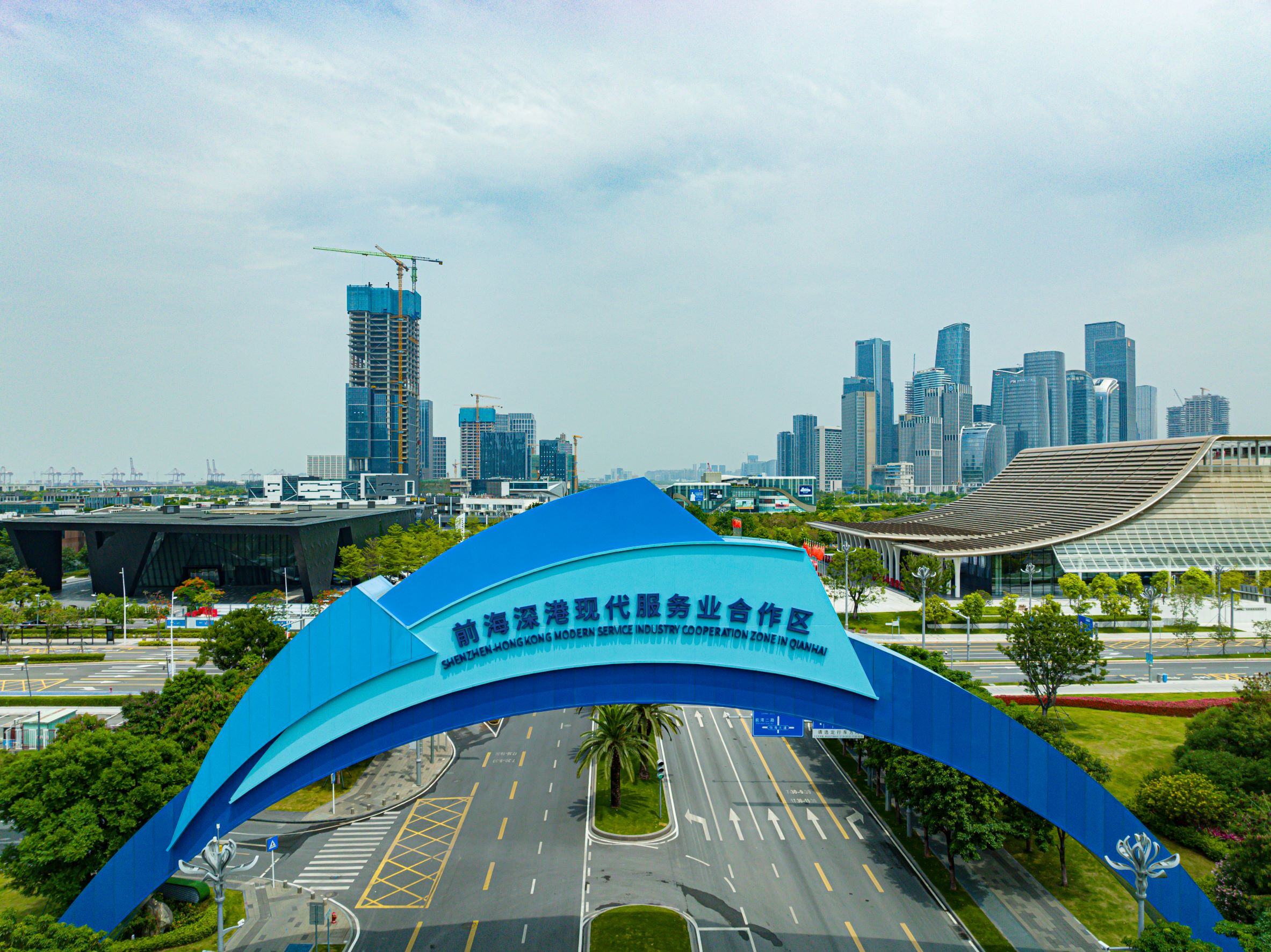 SHENZHEN, CHINA – Media Outreach – 20 January 2023 – The year 2022 marked the 10th anniversary of President Xi Jinping’s first inspection tour to Qianhai and the first anniversary of the official issuance of the Plan for Comprehensive Deepening Reform and Opening Up of the Qianhai Shenzhen-Hong Kong Modern Service Industry Cooperation Zone (the “Qianhai Plan”) by the Central Committee of the Communist Party of China and the State Council. Committed to its mission of “relying on Hong Kong, serving the Mainland and opening up to the world”, Qianhai has expedited the creation of an innovative pilot platform for deepening reform in an effort to become an exceptional hub for opening up. Coupled with its robust development trend, Qianhai exemplifies the characteristics of China’s path to modernization.

There were ten major events that marked the extensive reform and opening up of Qianhai in 2022:

I. Reform and opening-up were proven successful with the Qianhai Plan fully implemented by national ministries and state council committees, Guangdong Province and Shenzhen

Over the past year, the Shenzhen Municipal Committee and the Shenzhen Municipal Government have made every effort to promote the reform and opening up of Qianhai. As over 40% of the 72 key tasks set out in the Qianhai Plan were completed and the rest of the tasks recorded substantial progress, the development of Qianhai was proven successful and robust.

III. Qianhai ranked first among free trade zones in China in the institutional innovation index, further highlighting its position as a business cluster of reforms and innovations

On July 22, 2022, Sun Yat-sen University released the “2021-2022 China Pilot Free Trade Zone Institutional Innovation Index”, in which Qianhai continued to rank first. Throughout the year, 80 out of 765 institutional innovation achievements of Qianhai in total were recorded. Among these achievements, seven were adopted and promoted nationwide, bringing the total number to 72. As such, Qianhai has become a business cluster of reforms and innovations in the new era.

IV. Release of the Qianhai Global Service Provider Campaign enhanced the level of opening up

To accelerate the development of a new high-quality and efficient service industry system and build an important producer services center in the Asia-Pacific region, Qianhai released the Qianhai Global Service Provider Campaign on November 8, 2022. This campaign aims to attract and nurture the top 50 global and top 20 domestic service providers in eight key segments, namely modern finance, trade and logistics, information, technology, culture and creativity, commerce, shipping and public services. It is planned to introduce and cultivate more than 300 global modern service providers by 2025, and the added value of the modern service industry is expected to be RMB100 billion or above. Capitalizing on these advantages, Qianhai aspires to become a global service provider cluster which features the world’s top 500 corporate headquarters, competitive enterprises of specific business segments as well as specialised, sophisticated, distinctive and innovative “small giants”.

Qianhai intensively introduced more than 10 policies in finance, trade and logistics, professional services, legal area, think tank development, technological innovation and headquarters economy. Enterprises within an area of ​​120.56 square kilometers are entitled to the relevant support. These policies have enabled not only the geographical expansion of the cooperation zone, but also the extension of its policy and service coverage.

VI. Shenzhen and Hong Kong jointly released favourable financial policies for the first time to accelerate the opening up of the financial industry

On September 2, 2022, Shenzhen and Hong Kong jointly released 18 policies in support of venture capital investments, marking the unprecedented joint issuance of policies by the two cities. The issuance, which has paved a new way for deepening the financial cooperation between Shenzhen and Hong Kong, was highly recognized by the Government of the Hong Kong Special Administrative Region and the industry.

VIII. Qianhai was selected as the Demonstration Zone of National Import Trade Promotion and Innovation with high-quality trade performance

In November 2022, the Qianhai-Shekou Free Trade Zone was selected as the “Demonstration Zone of National Import Trade Promotion and Innovation” by the Ministry of Commerce, the National Development and Reform Commission and 6 other ministries. With the increasing importance of its four major roles in promoting imports, serving the industry, enhancing consumption and leading by example, the free trade zone will take its international free trade practices and convenience to the next level.

China’s first off-airport cargo screening station has been launched, completing the whole process of air cargo between Shenzhen Airport and Qianhai Comprehensive Bonded Zone. The Cross-border Trade Big Data Platform, which is the only local pilot program authorized by the General Administration of Customs, has finished the first stage of scenario development, such as consignment trade and shipping schedule analysis. Moreover, the Greater Bay Area Composite Ports Project was selected as one of China’s first business environment pilot reform projects and cross-border trade efficiency enhancement projects. In 2022, the total import and export volume of Qianhai Comprehensive Bonded Zone reached a record high of over RMB230 billion, representing a year-on-year increase of nearly 50%. Its output value per unit area also ranked first in the country. The import and export volume of Shenzhen Airport Bonded Logistics Center exceeded RMB18 billion, ranking first among 85 bonded logistics centers in China.

IX. Annual transaction volume of Qianhai Mercantile Exchange (“QME”) recorded a year-on-year increase of 145%, realizing the concept of introducing financial products to and from the global market

QME, which was initiated by Hong Kong Exchanges and Clearing Limited, maintained its steady development momentum and recorded growth despite adverse market conditions. In 2022, its spot transaction volume was RMB79.35 billion, representing a significant year-on-year increase of 145%.

X. Land use planning of Qianhai enabled the commencement of a number of major projects and the accelerated construction of a new city center

Qianhai enjoys a wider space, more resources and stronger development momentum after the expansion of the cooperation zone. It has also expedited its land use planning, restructured layout, optimized resources allocation and further stepped up the consistent planning of its newly enlarged area.

Throughout the year, Qianhai has made significant progress in strengthening its infrastructure network. The Shenzhen-Huizhou Intercity Railway, the Shenzhen Airport-Daya Bay Intercity Railway and the Qianhuang section of the Guangzhou-Dongguan-Shenzhen Intercity Railway commenced construction; the two-way tunnel of the Guimiao Road renovation project (phase 1) was opened to traffic; projects such as the Mawan Cross-sea Passage and the Shenzhen-Zhongshan Corridor were expedited; and the first stage study of the Hong Kong-Shenzhen Western Rail Link (Hung Shui Kiu – Qianhai) was completed, aligning with the development strategy of the Northern Metropolis of ​​Hong Kong. Also included in the planning is the establishment of Qianhai Stone Park and Shenzhen-Hong Kong Plaza, which will create a 68-kilometer vibrant golden coastline for Qianhai.
Hashtag: #ShenzhenQianhaiAuthority #QianhaiCooperationZone #QianhaiOpportunity #QianhaiPlan