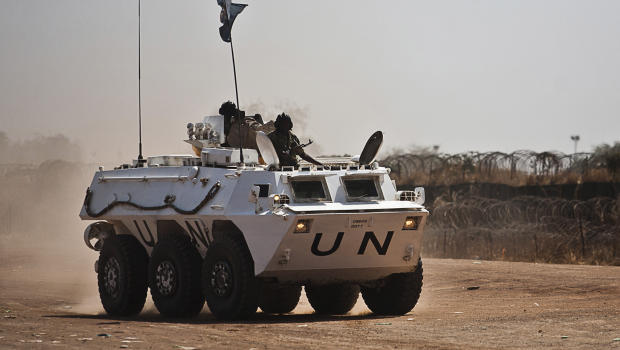 Angered by the attack on Nigerian troops which claimed the life of one of the soldiers in Darfur, the United Nations (UN) at the... 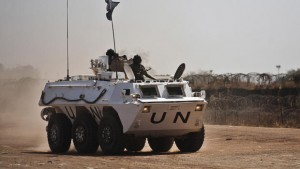 Angered by the attack on Nigerian troops which claimed the life of one of the soldiers in Darfur, the United Nations (UN) at the weekend urged Sudan to begin an investigation into the tragic incident.

In a statement by the UN Secretary-General Ban Ki-moon in New York, the global body’s condolence was expressed to the Nigerian government and the family of the soldier killed in the attack, whose name was yet to be made public.

Both the UN Security Council and the Secretary-General issued statements at the weekend condemning the attack, which came after four Nigerian peacekeepers in Darfur were killed last October. In its comment, the United Nations Security Council said the attack was a targeted onslaught.

The statement also pointedly demanded that the Sudanese government bring to justice those behind the attack on the Nigerian troops.

The United States (U.S.) Charge D’affaires to Sudan, Joseph Stafford, also warned that security in Darfur was worsening and militias  should be disarmed, condemning the recent attack that killed  the Nigerian peacekeeper.

Stafford also expressed grave concern “about the reports of civilian casualties and deliberate targeting of civilians by militias in Muhagiriya and Labado”, the region where the Nigerian peacekeeper died on Friday.

He told reporters it is not yet clear who carried out the “deeply troubling” attack against the base of the UNAMID near Muhagiriya town in southern Darfur.

But he said there was an “urgent” need for an investigation bringing those responsible to justice.

“We’re worried about the deteriorating security situation in Darfur and the conflict between the government forces and the militia”, Stafford said.

The UN Secretary General “is appalled and saddened by the fatal shooting of a Nigerian UNAMID peacekeeper by unidentified armed assailants during an attack today on a UNAMID military position in Muhajeria, East Darfur,” a statement on Friday from the UN head office in New York disclosed.

The statement added that “two peacekeepers were also injured in the incident.”

Ban condemned “in the strongest terms, those responsible for the attack and calls on the authorities to immediately hold the perpetrators criminally accountable.”

Forty-four international peacekeepers have been killed so far in Darfur where the UN deployed troops since 2007.  A good number of them are believed to be from Nigeria, the country with the largest contingent in the United Nations Mission in Darfur (UNIMAD).

The UN Secretary-General expressed “his deepest condolences to the government of Nigeria and to the family and colleagues of the fallen peacekeeper.”

Besides, the UN scribe expressed concern about ” the restrictions imposed on UNAMID and humanitarian actors by the Sudanese authorities, which are preventing the delivery of aid to civilians affected by recent clashes between Government and Sudan Liberation Army-Minni Minawi forces in Muhajeria and Labado, East Darfur.”

Ban “calls on the authorities to immediately allow UNAMID and humanitarian actors to have full and unhindered access to civilians in need of assistance.”

In a similar vein, the members of the Security Council also  “condemned in the strongest terms the targeted attack by unidentified assailants on UNAMID (African Union-United Nations Hybrid Operation in Darfur) peacekeepers at the Muhajeria Base Camp in Darfur on April 19, which resulted in the death of a Nigerian soldier and left two others wounded.”

The council added that “the members of the Security Council expressed their condolences to the family of the peacekeeper killed in the attack, as well as to the Government of Nigeria and UNAMID. They called on the Government of Sudan to swiftly investigate the incident and bring the perpetrators to justice.”

The members of the Security Council reiterated their full support for UNAMID and called on all parties in Darfur to cooperate fully with the mission.